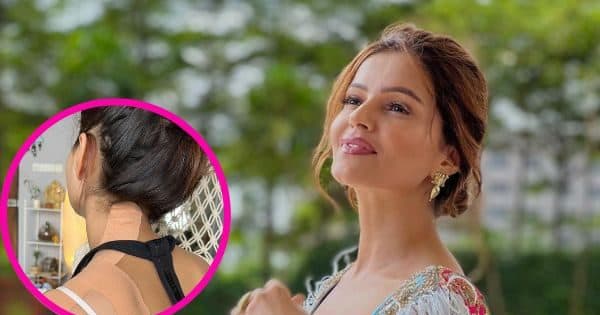 Rubina Dilaik Injured: Rubina Dilaik injured her neck during dance practice. He has shared a picture related to the injury on Instagram, in which big bands are seen around the neck. Fans are also wishing for his speedy recovery regarding this post of his.

Rubina Dilaik Injured: Famous TV actress Rubina Dilaik is seen in ‘Jhalak Dikhhla Jaa 10’ these days. Rubina Dilaik has left no stone unturned to win the hearts of people with her dance in the show. But recently she has shared a post on Instagram, which has worried fans as well as TV celebs. Actually, Rubina Dilaik got hurt on her neck during dance practice. He has shared a picture related to the injury on Instagram, in which big bands are seen around the neck. Seeing his post, everyone is praying that Rubna Dilaik gets well soon.

Rubina Dilaik In the post of (Rubina Dilaik), it was seen that big bandages were seen from the neck to the shoulders of the actress. At the same time, he also posted a video along with the photo, in which it was seen that Rubina Dilaik’s neck got hurt due to Sanam’s knee during dance practice. Due to this the actress fell down and started groaning in pain by placing her hand on her shoulder. Sharing this post, Rubina Dilaik wrote, “And some things cry not under our control.”

Entertainment Seeing the post of Queen Rubina Dilaik, celebs wished her a speedy recovery. Jan Kumar Sanu wrote about Rubina, “Get well soon Ruby.” At the same time, actress Srishti Rode wrote, “What happened?” Apart from the celebs, the fans also expressed concern for Rubina Dilaik’s health. One user advised her to take care, writing, “Ruby take care of yourself. We can’t see you like this.” Another user wrote, “Get well soon baby….” Let us tell you that this post of Rubina Dilaik has been seen more than one lakh times so far.