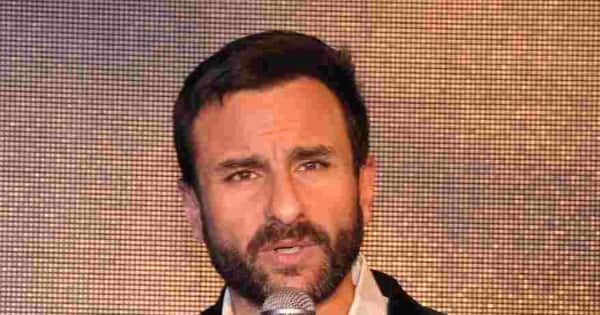 Saif Ali Khan on Actors Fees: Bollywood actor Saif Ali Khan told in an interview why big budget films are flopping. Along with this, he has also spoken a lot about the fees of the stars.

Bollywood actress Kareena kapoor husband and actor of Saif Ali Khan These days he is in headlines for one of his interviews. While talking to the media, he has given his opinion on the flop of big budget films. He said that the poor performance of big budget films at the box office is very disappointing. Saif was very surprised when a film like Vikram Vedha flopped. After this, he gave his opinion regarding the fees of the stars. Saif was asked why Bollywood films are not earning much at the box office. In response to this, Saif Ali Khan said that there must be some reason behind this. Because films are being made since a long time. Changes are also being seen in the fees of stars. But some stars are still charging very high fees, but the returns are not that good. Also Read – Adipurush: Kriti Sanon stopped speaking of trolls, said- Can’t show everything in 1 minute 35 seconds!

Because of this Saif Ali Khan is not on social media

Saif Ali Khan explains the reason for not being on social media. He said in an interview that there are many pictures across me which I can share, but people will say don’t share this and don’t share that. Apart from this, he also gave many reasons and said that I do not want to get into all these troubles. What is your opinion about this matter of Saif Ali Khan, do tell us by commenting.