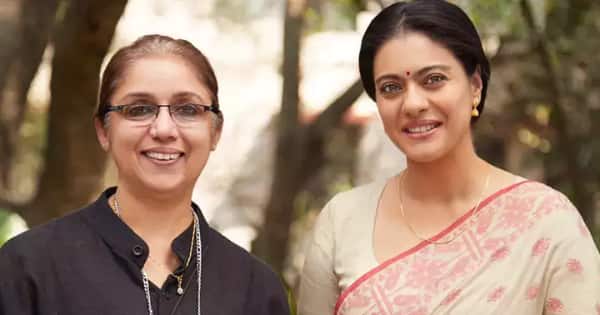 Kajol Salaam Venky Box Office Collection Day 1 Early Estimate: Kajol and Vishal Jethwa’s film ‘Salaam Venky’ has completed one day of its release. Now the earnings figures of the film have come to the fore.

Salaam Venky Box Office Collection Day 1 Early Estimate: Bollywood actress Kajol is making a comeback at the box office after a long time with the film ‘Salaam Venky’. There is a lot of discussion on social media about his film. Now one day after the release of this film has been completed, after which the earning figures of ‘Salaam Venky’ have come to the fore. According to these figures, Kajol’s film does not seem to be doing anything special on the first day at the box office. So let’s know how much the film has earned on the first day. Also Read – Salaam Venky Box Office ES Collection Day 2: ‘Salaam Venky’ earned a jump, Kajol’s film collected so much on the second day

Kajol’s film earned this much on the first day

Kajol And Vishal Jethwa’s lead role film ‘Salaam Venki’ has been in the limelight since its release. This film was heavily promoted by Bollywood actress Kajol. Now the first day earnings of this film have come to the fore. According to media reports, Kajol’s film will be able to earn only 60 lakh rupees on the first day at the box office. For information, let us tell you that these figures are approximate, the actual figures are yet to be revealed. But after seeing these estimated figures, the fans are not happy. Now it has to be seen how different the actual figures of this film will be from the permitted figures. Also Read – ‘Raj-Simran’ pair to be formed again? Kajol breaks silence on working with Shah Rukh Khan

This is the budget of the film

Entertainment 30 crore rupees have been spent by the makers to make ‘Salaam Venky’ of Kajol, wife of world famous star Ajay Devgan. After seeing the first day’s earnings of the film, it seems that ‘Salaam Venky’ will not even be able to withdraw its budget. For information, let us tell you that at the box office, this film is getting a tough competition from Ajay Devgan, Tabu and Shriya Saran’s film Drishyam 2. Do you think this film will be able to make any impact on the earnings of Ajay Devgan’s film, do tell us your opinion by commenting. Also Read – Kajol broke silence on working in a comedy film with Ajay Devgan, said- ‘From Gopal…’