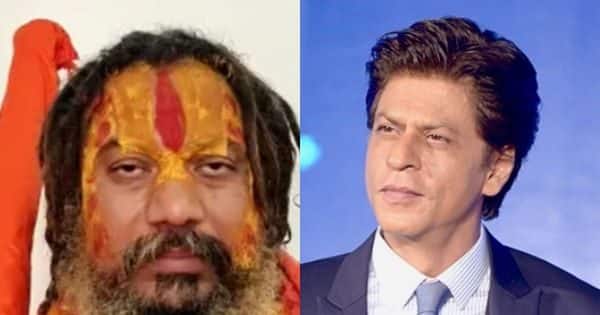 Pathan Controversy: Bollywood actor Shah Rukh Khan upcoming movie of ‘Pathan’ But the controversy is not taking the name of stopping. The controversy that started as soon as the release of the first song of the film ‘Besharam Rang’ is continuously gaining momentum. In fact, a controversy started over the color of the bikini worn by Bollywood actress Deepika Padukone in the song of the film and demands are being made to ban the film. Even complaints have started pouring in against people from the film’s team including Shah Rukh Khan and Deepika Padukone. Now protesting against the film ‘Pathan’, Saint Jagatguru Paramhans Acharya said that he would skin Shahrukh Khan and burn him alive. Let us know what he has said about the film. Also Read – Anjali Arora danced fiercely on ‘Shameless Rang’, the user said- ‘She is giving competition to Deepika ..’

‘Shahrukh Khan’s skin will be ripped off’

Sant Jagatguru Paramhans Acharya said, ‘Saffron color has been insulted in the film Pathan and it was done so that the sentiments of Hindus are hurt. People have made business to earn money. That’s why today we have burnt Shahrukh Khan’s poster and I am looking for the day Shahrukh Khan is found, I will peel off the skin of that jihadi and burn him alive. Saint Jagatguru Paramhans Acharya said, ‘My men are looking for Shah Rukh Khan in Mumbai. If someone finds him before us and a Sanatani lion burns him alive, I will help his family financially. Also Read – Gauri Khan changed Karan Johar’s house, filmmaker showed first glimpse of makeover

Saint Jagatguru Paramhans Acharya said, ‘If you hate saffron, then the color flowing in your arteries is also saffron. No one can exist without saffron. The color of sun is saffron, the color of fire is saffron, saffron is a symbol of peace and for all those who believe in Sanatan Dharma, saffron is the pride. Insult of saffron will not be tolerated. Sant Jagatguru Paramhans Acharya said, ‘Shahrukh Khan’s religion is Islam. Till date, he has neither made any web series nor any film on his religion. I challenge you to make a film on Halala, triple talaq and the life of Prophet Muhammad. Don’t know how many pieces will be there within 5 minutes, no one will be able to count. Also Read – Suhana Khan: Shahrukh Khan’s darling flaunted curvy figure wearing one piece dress, fans lost their hearts on Suhana’s smile