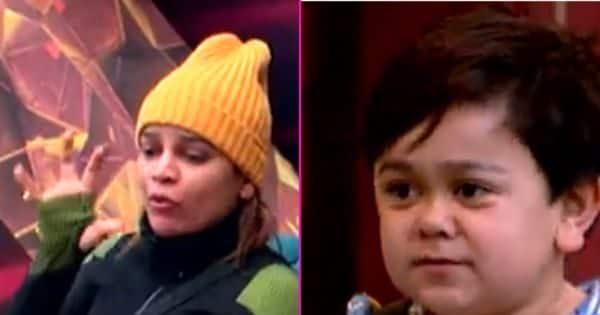 Bigg Boss 16: In Salman Khan’s Bigg Boss 16, there was a fierce fight between Abdu Rojic and Archana Gautam on the previous day. The fight of both started over Nimrit Kaur Ahluwalia. Due to their fight, the social media audience has also been divided into two groups, because while one is supporting Archana, the other is seen in support of Abdu.

Bigg Boss 16: Salman Khan’s show ‘Bigg Boss 16’ has left no stone unturned to win the hearts of the people. Salman Khan This week in the show of (Salman Khan), Abdu Rojic is handling the throne of captaincy. But like the rest of the contestants abdu rojic Even this path is not an easy one. It was shown in ‘Bigg Boss 16’ last day that Archana Gautam questioned the captaincy of Abdu Rojic. There was a lot of quarrel between the two on the previous day, in which while Abdu asked Archana Gautam to go to jail, Archana flatly refused to listen to them. Upset with Archana Gautam, Abdu Rojic took off his mic and threw it. Now fans are also commenting a lot on this quarrel between Abdu Rojic and Archana Gautam. While some people are supporting Archana, while some are seen standing on the side of Abdu Rojic.

Well played #archana and well said,#AbduRoziq is a competitor n not a child ..he is an adult of 19 yrs#archana#BiggBoss16 #AbduRoziq pic.twitter.com/OwvmcGB0DO


‘Bigg Boss 16’ In Bigg Boss 16, it was shown the previous day that Kukdu was played on Nimrit Kaur Ahluwalia’s gold, on which Archana started questioning. Archana said, “Who slept from your circle, Nimrit. Now that’s Captain Fire.” Gori and Soundarya also tried to stop Archana, but they further said about Abdu “It’s been a month, and how many days will be the guest. My contestant is him.” At the same time, Abdu scoffed at Archana’s talk and said, “The tongue has become too long, it needs to be cut.” Not only this, Abdu also shouted and asked Archana to go to jail, but she did not listen to a thing.

Shardul Pandit with Archana Gautam and abdu rojic Tweeted about the fight. The actor wrote, “Archana says that Abdu is not a child but a contestant. There is nothing wrong with what Archana has said. Abdu Rojic is a strong contestant so he should be treated like that and not less.” Another user wrote, “Rightly said Archana that Abdu Rojic is a contestant, not a child. He is a 19 year old adult.” Ex-contestant Andy Kumar tweeted on the fight between the two and said, “As much as Archana is disturbing, but here she is right. How many days will Abdu remain a guest. He is equal to the rest of the contestants. Play as a contestant, anyone for free. Why give the trophy.”