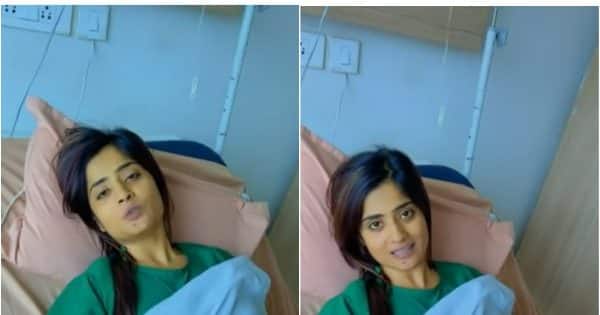 Vaishali Takkar Suicide Case: A video of TV actress Vaishali Takkar is becoming increasingly viral on the internet, in which she is telling how precious life is. People have become emotional after watching this video of Vaishali.

Vaishali Takkar Video: Actress Vaishali Thakkar, who was seen in TV shows like ‘Sasural Simar Ka’ and ‘Yeh Rishta Kya Kehlata Hai’, committed suicide on Saturday. TV stars as well as fans were shocked after this news came to the fore. Vaishali A few days after his death, now an old video of him is becoming increasingly viral on the internet. This video is from the hospital, in which the actress is telling how precious a human life is. In the video, Vaishali is lying on the hospital bed.

In this viral video, Vaishali Thakkar is saying, “This life is not a friend, it is very precious, do not stop the life that you people have flagged in the extravagant nights. Food outside, too much Partying and there was little quarrel, not with boyfriend and girlfriend, then drowning in alcohol, like Devdas and rotting your liver. In the video, Vaishali is telling that I have Hepatitis A or E and my jaundice has also worsened. It can be seen in this video how positive Vaishali was towards life. The video was shared by Vaishali herself on her YouTube channel.

After the death of actress Vaishali Thakkar, this video is becoming very viral and people have become emotional reacting to this video. Commenting on the video, a user wrote, “The one who explained to others went away on her own today.” At the same time, another user wrote that she cannot commit suicide.

Let us tell you that Vaishali Thakkar committed suicide by hanging herself in her house on Saturday night. In the police investigation, a suicide note was recovered from Vaishali’s house, in which Vaishali had written that she was committing suicide because of her ex. At the same time, while apologizing to her parents, Vaishali had talked about getting the culprits punished.