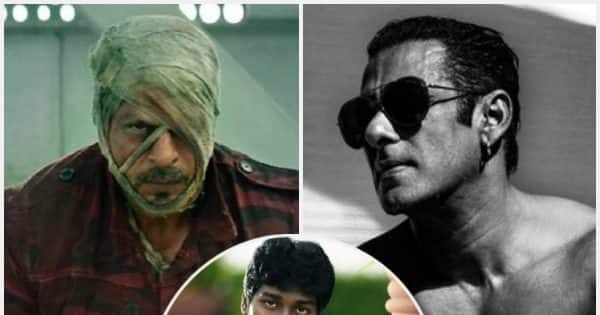 Salman Khan is eyeing to work with Atlee Kumar: Tamil film director Atlee Kumar has been included in the list of top directors of South Industry due to back to back hits. Film director these days his next film Jawan are in constant discussions about Atlee Kumar Superstar this movie Shah Rukh Khan making with. Actor Nayantara and actor Vijay Sethupathi will also be seen in the lead role opposite Shahrukh Khan in the film. The banging teaser of this film has been released. Which was also well liked by the audience. Since then, the audience keeps an eye on every news about the film.

Let us tell those who are not aware that director Atlee Kumar is a big director of Tamil films, who has given many blockbuster films such as Theri, Mersal and Bigil. Interestingly, Thalapathy Vijay was the lead star in all these films. Because of which there is a deep bonding between these two star-directors. It is heard that Thalapathy Vijay will be seen doing a dashing cameo in the film Jawan too.