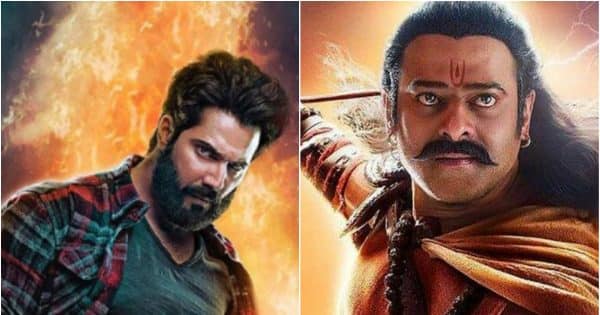 Bhediya Twitter Reaction: The trailer of Bollywood star Varun Dhawan and Kriti Sanon’s film ‘Bhediya’ has been released. Here’s how the reaction is getting to the trailer.

Commenting on one user wrote, “Now wolf Saw the trailer. I must say it was quite impressive, the story is very engaging, with great VFX and graphics used.” While another user wrote, “Outstanding trailer, made only for big screens. Visuals are super. Varun Dhawan and Kriti Sanon are looking excellent.”

Just Saw #BhediyaTrailer I must say Super Impressive, fascinating story, excellent Vfx + Graphics, brilliant execution as per trailer, there is no stopping #Bhediyabrace yourself @Varun_dvn fans,its an open feast for everyone. Eye Catching Fabulous trailer…#BhediyaTrailerReview

Outstanding #BhediyaTrailer ,
Meant for the big screens only..
Visuals is superb.Woww
Looks of @Varun_dvn , @kritisanon is so excellent
Excited for this.#Bhediyaon25thNov#BhediyaTrailer

Friends really enjoyed seeing this amazing trailer can’t wait for the movie the movie is going to be awesome#BhediyaTrailer pic.twitter.com/m4rkiKEMeA

This film really is laughing at the dissappointment Adipurush VFX was
Another hollywood cevel CGI coming from a relatively lower budget bollywood film. Congrats to the entire team #Bhediya #BhediyaTrailer pic.twitter.com/GCui0tenSL

On the other hand, another user compared the VFX of ‘Bhediya’ to Prabhas’s ‘Adipurush’ and wrote, “This film is laughing at the VFX of Adipurush. Another Hollywood Sewell CGI coming from a relatively low budget Bollywood film. Congratulations to the entire team.”

Really my expectations are increased after watching this trailer. Loved it#BhediyaTrailer pic.twitter.com/bz3VswFLk5

Varun in his look is all killing the best trailer #BhediyaTrailer pic.twitter.com/LBHnhx6D9Q

Bhediya trailer is really amazing trailer, I am very excited to watch this trailer…#BhediyaTrailer pic.twitter.com/2c65rpo0H0

Trailer looks so amazing and fantastic so excited to watch this #BhediyaTrailer pic.twitter.com/tRpCZ6JA6b

anticipating watching this movie in a theater. I adore the concept already. I’m waiting here for this.#BhediyaTrailer pic.twitter.com/5iwTRNp630

The film ‘Bhediya’ will be released on this day

Varun Dhawan starrer film ‘Bhediya’ will be released on November 25 this year. The film will be released in 2D and 3D. The film is co-produced by Jio Studios and Maddock Films. Actress Kriti Sanon is also seen playing the lead role along with Varun in the film. After the release of the trailer of the film, the excitement among the fans has doubled.