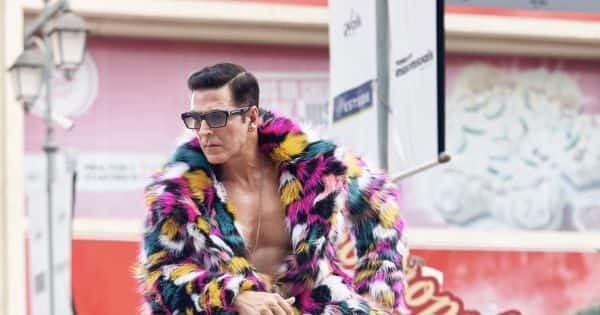 Akshay Kumar Movie Selfie: Bollywood actor Akshay Kumar Five films have been released in the year 2022. However, not a single film of his has worked at the box office. However, Akshay Kumar still has many films in the pipeline. One of these films is ‘Selfie’. He has given an update about his film. Actually, Akshay Kumar has announced the release date of the film through his social media account. With Akshay Kumar in the movie ‘Selfie’ Emraan Hashmi, Nushrat Bharucha And Diana Penty) are about to appear. Let us know when this film is going to release. Also Read – Avatar: The Way of Water First Review: Akshay Kumar did the first review of ‘Avatar 2’, tweeting, ‘Oh boy!!…’

Akshay Kumar shared a picture in an unusual style

Akshay Kumar Has shared a picture of himself from his Instagram account on Monday. In this, he is seen sitting on the roof of a car wearing a colorful jacket with pants. In the caption of this post, Akshay Kumar has written, ‘My mantra today is – heat, humidity and faux fur… sab chalega. Just work, work. Shooting for a cool new song for Selfie. See you in theaters on 24 February. Let us tell that this will be the first time when Akshay Kumar and Emraan Hashmi Will be seen working in this film. Please tell that the film ‘Selfie’ is a remake of South’s film ‘Driving License’. Also Read – The stars were seen at the special screening of Avatar 2 Movie, Akshay Kumar-Karthik Aryan looted the party

Talking about the work front, in the year 2022, Akshay Kumar’s films like ‘Bachchan Pandey’, ‘Samrat Prithviraj’, ‘Raksha Bandhan’, ‘Kathputli’ and ‘Ram Setu’ have been released. None of these films could run at the box office. At the same time, now Akshay Kumar will be seen in the remake of the film ‘Bade Miyan Chote Miyan’, the film ‘Gorkha’, the film ‘OMG 2’, the film ‘Capsule Gill’ and the film ‘Sorarai Pottru’, apart from the film Selfie.