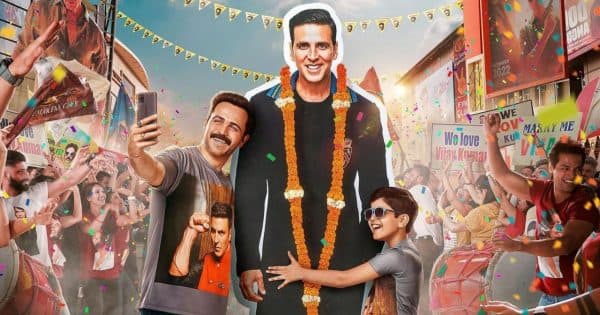 Selfiee Trailer Release Date Out: The trailer release date of Akshay Kumar and Emraan Hashmi’s film ‘Selfie’ is out. This film of these stars is going to be released in theaters on February 24, 2023.

Selfie Trailer Release Date : Akshay Kumar And Emraan Hashmi a film by Selfie Ever since the announcement was made, some or the other update keeps coming out about it. Recently, Akshay Kumar had shared the motion poster of this film. Emraan Hashmi is also seen with him in the motion poster of the film. After seeing the style of both the stars in this, tremendous excitement is being seen among the fans about the film. Now the trailer release date of the film ‘Selfie’ has come to the fore. Let us know when the trailer of Akshay Kumar and Emraan Hashmi’s film ‘Selfie’ is going to be released. Also Read – Today Entertainment News: Composer Nirmal Mukherjee passes away, trailer release date of film ‘Selfie’ out

Trailer of ‘Selfie’ to release on January 22

Akshay Kumar Has shared a post on his Instagram account on Friday. He has told in this post that the trailer of his film ‘Selfie’ will be released on January 22. Akshay Kumar has shared a poster. In this you can see that he has a cutout and Emraan Hashmi Standing with this and taking selfie. A child is also seen with Emraan Hashmi. Akshay Kumar has written the caption with it, ‘The heart of both beats for the same superstar. Get ready for a unique story of a superstar and his superfan. The trailer of Selfie is out on January 22. Selfie is scheduled to release in theaters on February 24. Also Read – Singham Again: ‘Suryavanshi’ will enter with Ajay Devgan-Rohit Shetty, Akshay Kumar’s fans will get a treat!!

Apart from Akshay Kumar and Emraan Hashmi, Nushrat Bharucha and Diana Penty are also going to be seen in the film Selfie, directed by Raj Mehta. The film ‘Selfie’ is the Hindi remake of the Malayalam film ‘Driving License’ released in the year 2019. Let us tell that Akshay Kumar’s first film of the year 2023 is ‘Selfie’. Also Read – 22 years of marriage of Akshay Kumar and Twinkle Khanna, couple showered love on each other by sharing romantic photos