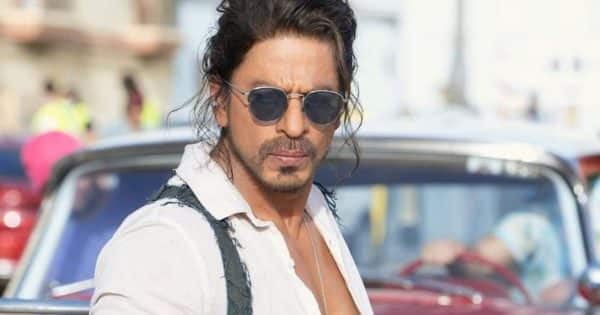 Shah Rukh Khan Fan Video Gone Viral: A lot of enthusiasm is being seen among the fans regarding Bollywood actor Shahrukh Khan’s film ‘Pathan’. A fan of Shahrukh Khan has surprised people by sharing a video.

Shah Rukh Khan Fan Video : superstar of bollywood industry Shah Rukh Khan His film in the fans of ‘Pathan’ There is a tremendous craze about the film and are eagerly waiting for its release. Recently many reports have come out that the fans of Shah Rukh Khan have booked the entire cinema hall for the film ‘Pathan’. At the same time, now a fan of Shahrukh Khan shared the video and said such a thing that people are surprised. In fact, in this video going viral on social media, a man who claimed to be a die-hard fan of Shahrukh Khan said that he would give up his life if he could not watch the film ‘Pathan’. Also Read – Shahrukh Khan’s fans are eager for Pathaan, full theater booked for ‘First Day First Show’

Death threat for not watching ‘Pathan’

A person has shared some videos in the last several days from an account named Ryan on Twitter. In these videos he Shahrukh Khan Regarding the film ‘Pathan’, he said that he does not have money, so he will not be able to watch the film. In a video, this person has said that if he will not be able to see the film ‘Pathan’ in the cinema hall and will not be able to meet Shahrukh Khan, then he will give his life. It can be seen in the video that this person is standing near a pond making a video and crying out to people to help him so that he can watch Shah Rukh Khan’s film ‘Pathan’. He further says that he is a big fan of Shahrukh Khan and will kill himself by jumping into the pond if he does not see the movie ‘Pathan’ or meet Shahrukh Khan. Also Read – Shahrukh took a big decision for the promotion of Pathaan, King Khan adopted a special trick to make the film a hit!

‘Pathan’ will be released in three languages

Apart from Shah Rukh Khan, Deepika Padukone and John Abraham are also going to be seen in the film ‘Pathan’ to be directed by Siddharth Anand. The film ‘Pathan’ is scheduled to release in cinema halls on January 25, 2023 in Hindi, Tamil and Telugu. Also Read – Shah Rukh Khan reacted like this when Vijay Sethupathi said sorry, the actor himself told the old story