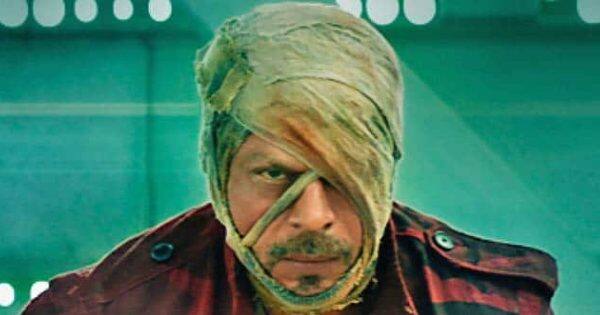 Jawan Faces Plagiarism: Shahrukh Khan’s film ‘Jawan’ is in trouble. The makers of the film have been accused of plagiarism and the Tamil filmmaker has filed a complaint against Atlee.

Shah Rukh Khan, the King of Bollywood, is in a lot of headlines these days for his upcoming film ‘Pathan’. Recently, the trailer of ‘Pathan’ was released, in which people were shocked to see Shahrukh’s strong style. While the countdown for the release of ‘Pathan’ has started, King Khan is currently busy shooting for ‘Jawan’. However, now Shahrukh is in trouble with ‘Jawan’. Actually, there has been an allegation against ‘Jawan’ filmmaker Atlee of plagiarizing the story of Tamil film ‘Perarasu’.

the filmmaker Shahrukh Khan Accusing of ‘Jawan’, he said that the story of this film is similar to Vijayakanth’s film ‘Perarasu’ released in the year 2006. The TFPC board members will investigate the complaint filed by Manickam Narayanan after November 7.

Let us tell you that Atlee is going to debut in Bollywood with ‘Jawan’. Apart from Shahrukh Khan, Vijay Sethupathi, Nayanthara, Yogi Babu and Priyamani will also be seen in lead roles in this film. At the same time, it is being claimed in the reports that actress Deepika Padukone will also be seen doing a cameo in this film. However, there is no official confirmation of this news yet.

‘Jawan’ to release on this day

Shahrukh Khan’s film ‘Jawan’, being directed by Atlee Kumar, will be released on June 2, 2023. Anirudh Ravichander has directed the music of the film and its editor is Ruben. The cinematographer of the film is GK Vishnu. Recently, the first look of the film was released, in which Shahrukh Khan blew people’s senses in a dreadful style.