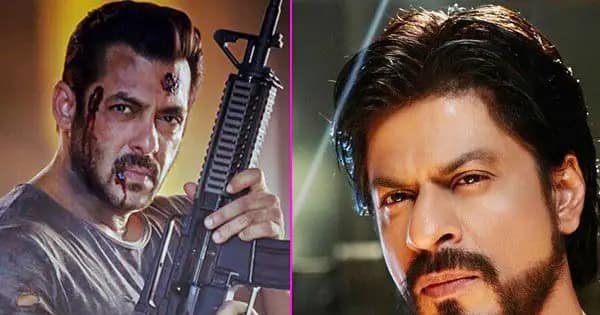 Shahrukh Khan in Salman Khan Film Tiger 3: Bollywood superstar Salman Khan is in discussion these days about his TV show Bigg Boss 16. In this show of Salman Khan, one gets to see something new every day. Apart from this TV show, Salman Khan is also in the headlines for his two films. Salman Khan is going to rock the box office in the year 2023 with ‘Kisi Ka Bhai Kisi Ki Jaan’ and ‘Tiger 3’. Meanwhile, a big update related to Salman Khan’s film Tiger 3 has come out, after knowing that the fans of Bhaijaan can be very happy.

Shahrukh will be seen in Salman Khan’s film

Salman Khan And Katrina Kaif’s film Tiger 3 has once again hit the headlines. According to Pinkvilla’s report, Shahrukh Khan’s entry in Tiger 3 is now confirmed. For information, let us tell you that news was going on about this for several days. But it could not be confirmed, but the report of Pinkvilla has stamped this news. It has been told in the report of Pinkvilla that Shahrukh Khan Will start shooting for Tiger 3 after the release of the film Pathan. After this news surfaced, now Salman Khan and Shahrukh Khan will be able to see the fans together. Let us tell you that Salman Khan is also going to do a cameo in Shahrukh Khan’s film Pathan. Both are going to rock each other’s film. (Also read: Stars of ‘Kantara’ charged very less fees ,

When will ‘Tiger 3’ release?