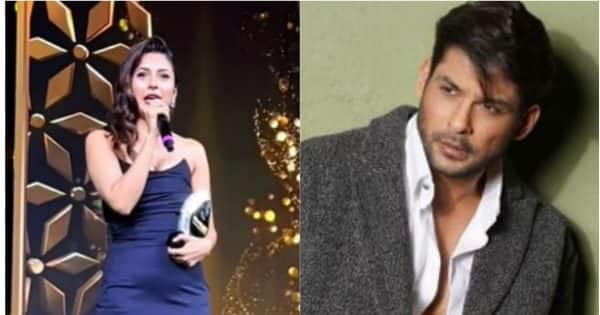 Shehnaaz Gill Dedicate Her Award To Sidharth Shukla: A video of Shehnaaz Gill is becoming increasingly viral on the internet, in this video Katrina Kaif of Punjab is seen dedicating her award to Shehnaaz Gill.

One year has passed since the death of Siddharth Shukla, but even today Shehnaaz Gill gets emotional remembering the actor. The same happened once again. Actually Shahnaz Gill had recently reached Filmfare Middle East Achievers Night 2022. During this, Shahnaz Gill was given the award. However, Shehnaaz Gill became emotional as soon as she received the award and thanked Siddharth Shukla from the stage. This video of Shahnaz Gill from the award function is becoming increasingly viral on the Internet.

In this video Shahnaz Gill Saying, “I will not dedicate this award to my family, my friends and my team at all because it is my hard work and you are mine and you will always be mine. One more thing… I want to say thank you to one person.” Thank you for coming into my life and investing so much in me that I have reached here today. Siddharth Shukla this is for you.” Also Read – Ranveer Singh made a dashing entry at Filmfare Achievers Night, Shahnaz Gill-Manushi Chillar looted the limelight

People are commenting and reacting a lot on this video of Shahnaz Gill. One user wrote, “It was very emotional.” So another user wrote, “My tears are not stopping. Sid bhai is right here. The way he is shining his light on Shehnaaz, I am sure that more than all of us would have felt proud of Shehnaaz Gill today.” ” Also Read – Shahnaz Gill scolded her bodyguard for the fans, said- ‘These people are only taking photos’

Tell that Shahnaz Gill and Siddharth Shukla Was seen in Bigg Boss 13. The closeness between the two grew in this show. Even after exiting the show, both of them often stayed together. However, Siddharth passed away in the year 2021, due to which Shahnaz was completely broken. Also Read – Bigg Boss 16: These stars begged in front of Salman Khan to go home, pleaded crying