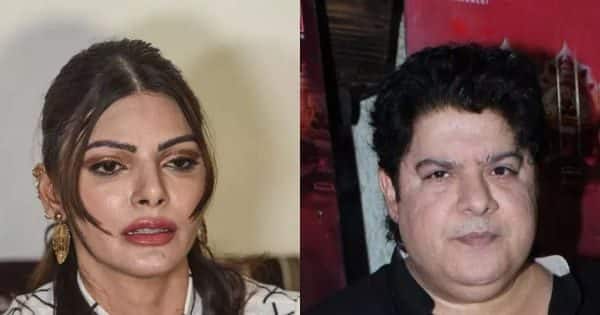 Salman Khan Director in the reality show ‘Bigg Boss 16’ Sajid Khan Arrived as a contestant. Since then, there has been continuous uproar. All the celebrities of the B-town industry have targeted Salman Khan for taking Sajid Khan in the show. Actually, Sajid Khan was accused of MeToo and many actresses had narrated their ordeal with him. now Sherlyn Chopra He has spoken about Sajid Khan. Sherlyn Chopra started crying while talking to the media persons.

Sherlin Chopra The video of it is becoming increasingly viral on social media. Sherlyn Chopra said,Sajid Khan on the head of no one else but Salman Khan Sir’s hand Not a single hair can tame Sajid Khan without him. I was told at the police station that the officer to whom you were assigned the case is not present. I requested him to hand over my case to a lady officer. I am feeling helpless at the moment. I called the ACP and said that the police is not helping me, has anyone put pressure from above that I should not be helped. I am wondering what will happen to a common woman when this is happening to a celebrity. Where should we go, where should we go and seek justice.

While talking to news agency ANI, Sherlyn Chopra said, ‘I was assured that MeToo accused Sajid Khan will call the Bigg Boss house for questioning. It is unfortunate that such culprits are in Bigg Boss house. Action should be taken as we want justice. I have a request to Salman Khan who is very easily ignoring the plight of women who have been wronged by his friend. People call you Bhaijaan, why can’t you take a stand for us?’

My special request is to Salman Khan who’s very conveniently ignoring the plight of women who’ve been wronged by his friend. People call you ‘Bhaijaan’, why can’t you take a stand for us? We’ll silently protest outside Salman Khan’s house: Sherlyn Chopra (29.10) pic.twitter.com/i0Rtogkr5A