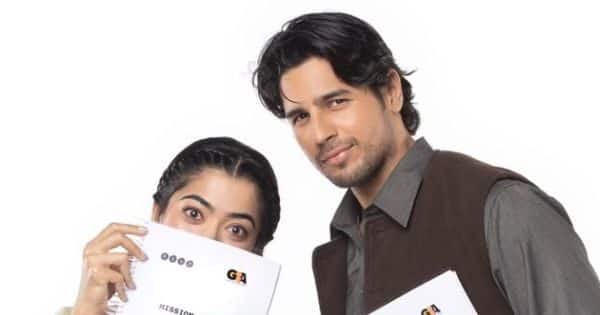 Mission Majnu Release Date: Siddharth Malhotra and Rashmika Mandanna’s film ‘Mission Majnu’ will be released on OTT platform instead of being released in theatres. The release date of this film has come to the fore.

Bollywood actor Siddharth Malhotra He started his acting career in the year 2012 with the film ‘Student of the Year’. Since then he has appeared in many films. In a career of 10 years, Siddharth Malhotra has worked in some hit films, while some of his films have flopped. At the same time, he has many projects in the pipeline. Out of this Siddharth Malhotra’s film ‘Mission Majnu’ The release date has been revealed. South’s popular actress with him in this film Rashmika Mandanna Are going to be seen.

As per a report in ‘Pinkvilla’, Siddharth Malhotra And Rashmika Mandanna The release date of the film ‘Mission Majnu’ has come to the fore. The film will be released on the OTT platform Netflix on January 18, 2023. Sidharth Malhotra shared his look from the film in November last year. The story of the film ‘Mission Majnu’, directed by Shantanu Bagchi, is related to an illegal nuclear bomb making plan in Pakistan and an Indian mission to eliminate terrorists. It is being told that this film is based on a true incident. Read this also: Shilpa Shetty got angry at the paparazzi and said- ‘Will you take photos by entering your mouth?’ people trolled

Talking about Siddharth Malhotra’s personal life, he is reportedly dating Bollywood actress Kiara Advani. These two are often spotted together. The news of the breakup of Siddharth Malhotra and Kiara Advani had come but a few days later it was told that both had patched up. However, both these stars have not yet spoken openly about their relationship.