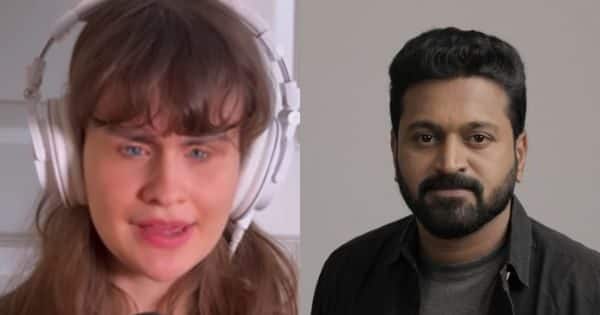 German Singer Sing Kantara Song: A singer from Germany has sung the song of Rishabh Shetty’s film ‘Kantara’. The video of German singer singing the song is going viral on social media.

south star Rishab Shetty a film by ‘Kantara’ Its release is going to be two months. The film is still running in theaters at many places and earning money. This film has won accolades not only in South but all over India. Now people are talking about the magic of this film abroad. Recently a singer from Germany sang a song for Rishabh Shetty’s film ‘Kantara’. ‘Varaha Roopam’ has sung. This video is becoming increasingly viral on social media. Now Rishabh Shetty has given a reaction on this video. Also Read – The Hindi version of the film Kantara will be released on OTT on this day

CassMae is a German singer who is blind. He has shared the video from his Instagram account. In this video you can see that Rishabh Shetty Sings the song ‘Varah Roopam’ from the film ‘Kantara’. After this video surfaced on social media, it became increasingly viral. Now Rishabh Shetty, the lead actor and director of the film ‘Kantara’, has expressed his gratitude by retweeting the song of Germany’s singer from his Twitter handle. Rishabh Shetty has created emojis with folded hands and heart eyes. Also Read – Kantara and Yashoda ready to rock OTT after theaters, know release date

Budget and Earnings of ‘Kantara’

Rishabh Shetty’s film ‘Kantara’ was released on 30th September and got a great response. After this, the film was dubbed in Hindi and released in theaters on 14 October. The film ‘Kantara’ has earned Rs 400 crores worldwide. Interestingly, this film was made with a budget of Rs 16 crore. From common to special people are praising this film. Rishabh Shetty told in an interview that the story of the film is true, which is from his village. Also Read – Kantara star lives in Kannada cinema, big statement came out