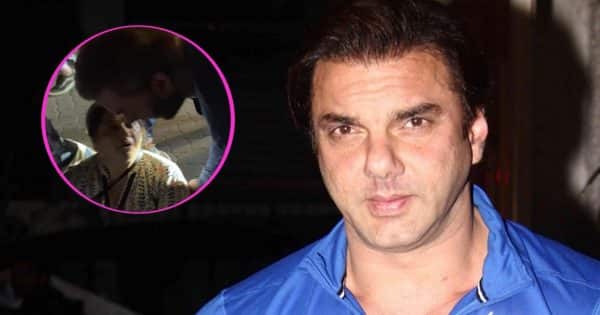 Sohail Khan Helping Woman: Bollywood actor Sohail Khan prefers to stay far away from the limelight. Despite staying away from films, he often gets caught in paparazzi’s cameras. Now a video of Salman Khan’s brother is making headlines on social media. In this video, Sohail Khan is seen helping a woman who has fallen on the road. It can be seen in the video that the woman has fallen down after the accident and is sitting on the road while Sohail along with his companions are lifting her. Also Read – Salman Khan: Some have 12th pass and some have obtained degree from London, know how educated Salman Khan’s family is

sohail khan This video of (Sohail Khan) has been shared by the Instagram account of celebrity photographer Yogen Shah. It can be seen in the video that the woman’s leg is badly hurt, while Sohail Khan along with his colleagues lift her in his lap and take her to the hospital in a car. In the video, people are praising Sohail’s generosity. Also Read – These stars brightened up Salman Khan’s birthday party, Shahrukh Khan’s entry failed everyone

Appreciating Sohail Khan’s kindness, a user wrote, “He is a very kind hearted person.” So there another user wrote, “For the first time I am seeing an actor really helping someone.” Another user commented, “We need more people like this.” Also Read – Year Ender 2022: Marriage of these stars broke this year, Dhanush was in headlines after separating from life partner

Talking about the work front, Sohail Khan has been missing from the big screen for a long time. The actor was last seen in the 2017 film ‘Tubelight’. Sohail was seen with his brother Salman Khan in this film. Although the film was badly beaten at the box office. Now Sohail is often spotted with his family in Mumbai.