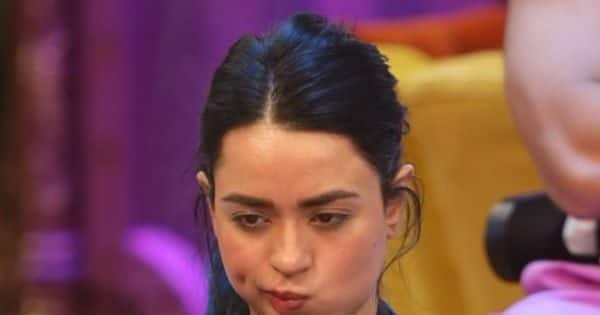 Bigg Boss 16: Salman Khan’s banging show ‘Bigg Boss’ is on TV these days. Contestants like Archana Gautam, Priyanka Chahar Choudhary, Gautam Vij and Abdu Rojic are making every effort to entertain the people in the show. But these days the show has Gautam Vij and Soundarya Sharma The love story of (Soundarya Sharma) remains a target of the contestants as well as Bigg Boss. Soundarya Sharma and gautam vij His love story was put in the dock, where someone told his love story to be fake, while someone supported him. In the midst of all this, Soundarya Sharma herself was not happy seeing the attitude of Bigg Boss and accused Bigg Boss of being biased. The special thing is that now the fans are also supporting this thing of the actress.

Soundarya is a very brave person, none of the people in the house would dare to say that. #SoundaryaSharma #BB16 https://t.co/ft3Se0gTH2

Actually, last day ‘Bigg Boss 16’ It was shown in Bigg Boss 16 that a court was held in the house, in which Gautam Vij was accused of being friends with Shaleen Bhanot to get the footage. During this, while judges Tina Dutta and Priyanka Chahar Chaudhary were made, there was lawyer Nimrit Kaur Ahluwalia. In this court Nimrit, Tina and Shaleen made many serious allegations against Gautam. On the other hand, Bigg Boss won this round for Nimrit, due to which Soundarya Sharma and Gautam Vij did not look happy. In the middle of this game, Soundarya Sharma said, “Sometimes I feel that Bigg Boss is biased. He deliberately kept Tina as the judge.”

soundarya’s graph went from this?to this ? in literally just one week and she did that all by herself, she had such a drastic improvement that everyone atleast acknowledges her as a strong contestant #SoundaryaSharma #BB16 #BiggBoss16 pic.twitter.com/HS7uEFsgrp

What a BIASED episode! Bigg Boss give the trophy to your ‘fav beti’ Nimrit #BiggBoss16 #BB16 #SoundaryaSharma #GautamSinghVig #biggboss pic.twitter.com/5L0b39BsNO

Fans reacted like this on the words of Soundarya Sharma

Fans also agreed with this point of Soundarya Sharma. Supporting Soundarya Sharma, a user tweeted, “Just getting this feeling too.” At the same time, a user shared the video of Soundarya Sharma and Gautam Vij and asked, “What crime have Saundarya and Gautam committed, which Bigg Boss is expressing their displeasure with. How biased was today’s entire episode. Do one thing. Give the trophy to Shaleen, Tina and Nimrit and end the show here.” Another user wrote, “Beauty is a brave person. No one in the house will dare to say that.”