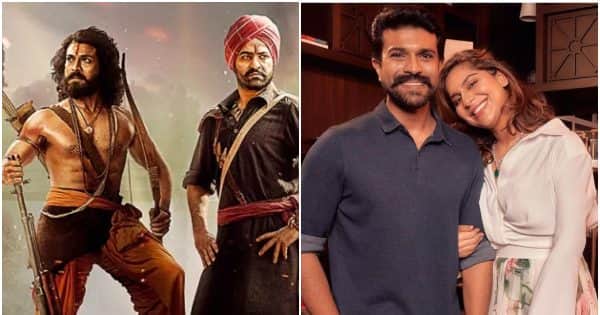 Top 5 South Gossips of the Week: Last week, many news of South Cinema entertained the fans. Last week, Upasana Kamineni, daughter-in-law of South’s megastar Chiranjeevi and wife of Ram Charan, finally heard the good news to the fans. Apart from this, RRR was nominated for the Golden Globe, Hollywood’s second biggest award. After which this news was in the headlines. Here, Kantara director Rishab Shetty commented on Nawazuddin Siddiqui’s burning statement against him. Read right here 5 massive information of the South Cinematic world that have been within the dialogue for a week. Also Read – South Gossips Today: Rashmika Mandanna left from Pushpa 2? RRR’s entry in Oscars 2023

tollywood superstar last week ram charan And his wife Upasana shared a post on social media and informed that both of them are going to become parents soon. After 10 years of marriage in the house of South Superstar, Kilkaris will echo. There was an atmosphere of great happiness among the fans of the actor with this news. Also Read – SS Rajamouli’s film RRR’s entry in Oscars 2023, fans of Ram Charan-Junior NTR will rejoice

RRR got nominations in Golden Globe

Here, Baahubali director SS Rajamouli’s film RRR Got a great pleasure last week. RRR has been nominated in Hollywood’s second biggest awards Golden Globe in 2 categories. After which a wave of happiness was seen in the entire team of the film and in the film world. Also Read – South Gossips Today: Stars rock Ram Charan’s Christmas party, Kantara in Oscar race after RRR

Atlee Kumar to become father after 8 years of marriage

Last week, the shirt of superstar Prabhas also caught the attention of the fans. The film star’s picture surfaced from the Telugu chat show went viral on social media. The price of the shirt that Prabhas wore during this period is reportedly being said to be just Rs 15,000. After which the fans have become convinced of his simplicity.

Last week, Nawazuddin Siddiqui gave a surprising statement regarding Rishabh Shetty’s film Kantara. The film star had said that he is jealous of Rishabh Shetty. Although he said that this is a positive jealousy. To which the film director reacted saying that he is a senior star who belongs to a middle class family. Who has struggled a lot and done a great job. He is an inspiration.