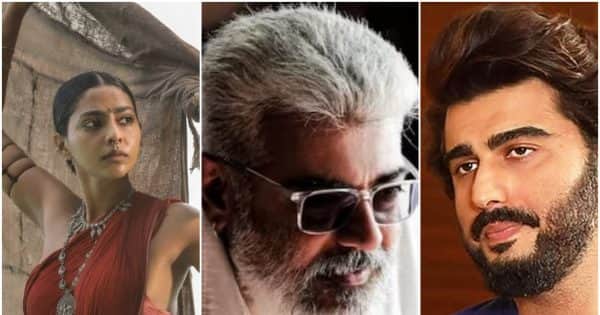 Top 5 South Gossips Today: On the day of January 12, 2023, many news of South Cinema were in headlines. While Bollywood star Arjun Kapoor expressed his desire to work with Ajith Kumar, Balakrishna’s film Veera Simha Reddy received a good first day from the audience. Got response.

Veera Simha Reddy was declared a blockbuster by the audience.

Akhanda fame Telugu star Nandamuri Balakrishna reached the cinema hall today with his film Veera Simha Reddy. The film has performed brilliantly on the first day in theatres. After the release of the film, fans were seen praising the film on social media platforms.

Thalapathy 67 will be announced on Pongal

Here, it is discussed that Vikram fame director Lokesh Kanagaraj Superstar Thalapathy Vijay He is going to make a mega announcement of his next film on the occasion of Pongal. This news became a big buzz in the Kollywood film industry. Also Read – Varisu Vs Thunivu Worldwide Box Office Collection Day 1: Thalapathy Vijay beats Ajith Kumar, see figures

Bollywood star Arjun Kapoor recently married Kollywood superstar Ajit Kumar expressed his passion for The film star has told that he wants to work with Ajith Kumar. In fact, Arjun Kapoor’s father Boney Kapoor has made Kollywood blockbusters Valimai and Thunivu with Ajith Kumar. In such a situation, Arjun Kapoor has grown close to Ajit Kumar. He has become his fan. Also Read – Varisu Vs Thunivu Biggest Box Office Clash: Thalapati Vijay gives a direct challenge to Ajith Kumar, theaters will be shaken

Ponniyin Selvan star Aishwarya Lakshmi recently shared an adorable cozy picture of herself with actor Arjun Das on Instagram. While sharing this picture, the actress also shared red heart emoji. After which there was an influx of people congratulating him on Instagram.

RRR fame Tollywood superstar Ram Charan recently told the American media in an interview that he is excited to be a part of the Marvel Universe. He said that he would like to play Tony Stark.