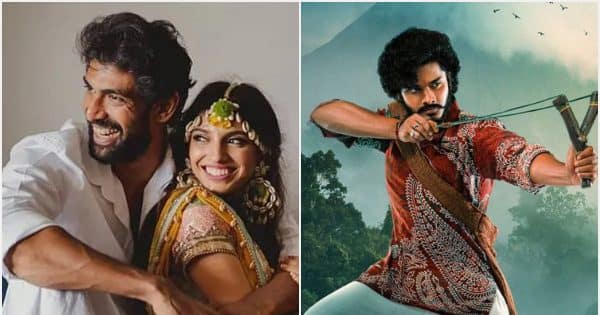 South Gossips Today: Today many news made headlines in the South Cinematic world. Tollywood star Rana Daggubati strongly denied wife Miheeka Bajaj’s pregnancy news today, while the teaser of Hanuman took the internet by storm. Read 5 big news of South Cinema which were in discussion throughout the day.

South Gossips Today: The whole world keeps an eye on the stars of the South Cinematic world. Today many news of South Film Industry dominated the social media. Most of the discussion was about the teaser of Hanuman. Whose tremendous video made the fans crazy. After this, the film Hanuman was directly compared to the teaser of superstar Prabhas’ film Adipurush. Apart from this, Rana Daggubati today strongly denied the pregnancy reports of his wife Miheeka Bajaj. So there, Tollywood Prince Mahesh Babu went to Krishna river to immerse the ashes of his father Superstar Krishna. Read here these 5 big news of South Cinema went viral. Also Read – Hanuman Hindi Teaser: Dhansu teaser of Telugu film Hanuman released, superhero avatar blew people’s senses

For many days there were reports in the media about Miheeka Bajaj, wife of Tollywood star Rana Daggubati, that this star couple is going to become parents soon. On this, recently, singer Kanika Kapoor congratulated Rana Daggubati on the news of becoming a father soon in an event, while the film star laughed it off and said that it is just a rumour. His wife is not pregnant.

Comparison of Hanuman with Adipurush

Tollywood Prince Mahesh Babu’s father Krishna passed away recently. Today the film star had reached Krishna river to immerse his father’s ashes. After which the pictures of the film star became very viral on social media.

A tremendous news has come out from Kannada cinema. Kannada cinema’s recently released film Kantara has beaten Sandalwood’s previous blockbuster film KGF 2. If reports are to be believed, the film has earned over Rs 172 crore at the Kannada box office, beating the figures of KGF 2.

The news of divorce of Telugu star Srikanth created a sensation