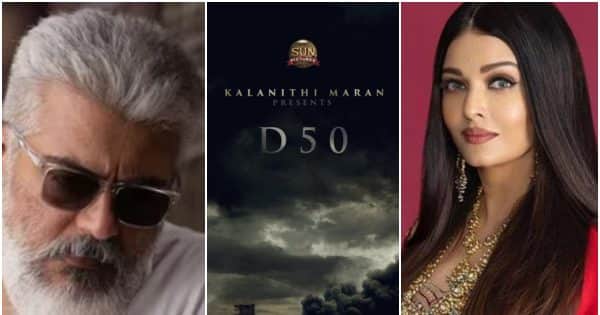 Top 5 South Gossips Today: On January 18, 2023, a lot happened in the South film world. Today, where the mega announcement of Kollywood star Dhanush’s 50th film took place, new information about Ajith Kumar working with actress Aishwarya Rai Bachchan has come to the fore. Read here 5 big news of South Cinema which were in discussion throughout the day.

Top 5 South Gossips Today: In the South Cinematic world, many news dominated the social media throughout the day. Today where the mega announcement of Kollywood superstar Dhanush’s new film was made. So there, discussions about Ajith Kumar’s next film have intensified. There is news that actress Aishwarya Rai Bachchan (Aishwarya Rai Bachchan) may also enter in superstar Ajit Kumar’s next film. Not only this, the song Mallika-Mallika from actress Samantha Ruth Prabhu’s film Shakuntalam was released today. Read here 5 big news of the world of South Cinematic stars which dominated the social media throughout the day. Also Read – Thunivu Box Office Day 3 Collection: Thunivu became 100 crores on the third day itself, Ajith Kumar’s sting in Kollywood

Kollywood Superstar Bow These days she is busy with many interesting films. Meanwhile, the makers of film star Dhanush’s 50th film have made a mega announcement. Sun Pictures has announced Dhanush’s 50th film. However, it is not yet decided who will direct this film and what is its title. Also Read – Thunivu Box Office Collection Day 2: Ajith Kumar’s swag sweeps Thalapathy Vijay to the dust, game over at the box office

We are happy and proud to announce #D50 with @dhanushkraja#D50bySunPictures #Dhanush50 pic.twitter.com/Y52RUonvUD

Kollywood Movie Star Ajit Kumar As soon as the film Thunivu became a hit, the discussion about the next film of the actor has intensified. There is news that actress Aishwarya Rai Bachchan can be seen in Ajith Kumar’s AK 62. If reports are to be believed then there will be two actresses in this film. It is heard that actress Aishwarya Rai will once again be seen in this film along with Ponniyin Selvan star Trisha Krishnan. Also Read – South Gossips Today: Arjun Kapoor became a fan of Ajith Kumar, Ponniyin star Aishwarya Lakshmi fell in love !!

Here, the first song of Telugu superstar Samantha Ruth Prabhu’s upcoming film Shakuntalam has been released today. The Hindi version of this song is also very soothing. You can listen to the song from the film here.

South film actress Rashmika Mandanna finally named her debut film’s hero Rakshit Shetty and producer Rishabh Shetty in her latest interview after fierce trolling. During this, the actress did not repeat her previous mistake and thanked both the stars for giving them a chance in her film.

Tollywood superstar Jr NTR has broken his silence on fake accent during the foreign tour of his film RRR. After being severely trolled for his fake accent, Jr NTR said, ‘We were divided into time zones and some different accents. Rest of the stars have the same function in the West as in the East.

Tina Dutta got a new TV show even before the finale of Bigg Boss 16, will enter in this serial !!