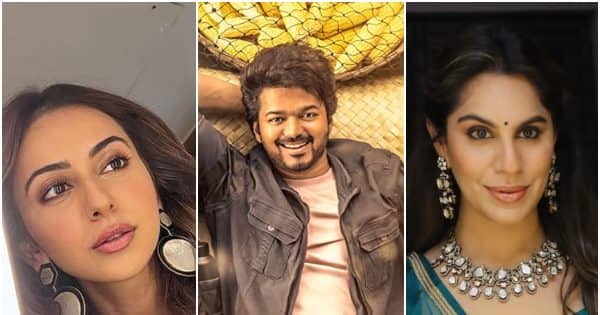 Top 5 South Gossips Today: On December 16, these 5 news of South Cinema caught the attention of people throughout the day. ED has once again sent a notice to Rakul Preet Singh in the drugs case. At the same time, pictures of Ram Charan’s wife Upasana went viral. Along with this, Atlee Kumar also narrated the good news of becoming a father. Read here 5 pictures of South Cinema that went viral throughout the day.

South film actress Rakul Preet Singh is in trouble. The actress has been summoned once again by the ED. Media
If reports are to be believed, actress Rakul Preet Singh has been summoned by the ED in a drugs and money laundering case. Even before this, in the month of September last year, the ED had questioned the actress for about two and a half hours in the drugs case.

An interesting news has come out about South Superstar Dhanush. There are reports that superstar Dhanush has joined hands with H Vinod, director of Ajith Kumar’s Valimai. It is heard that the actor-director duo are in talks for their next film.

Thalapathy Vijay was not the first choice for Varisu!!