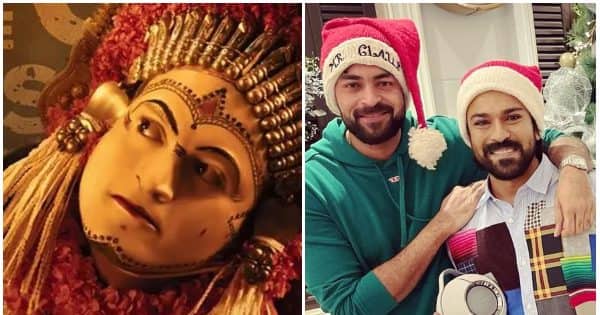 Top 5 South Gossips Today: On 21 December 2022, many news were in headlines throughout the day. Ram Charan’s Christmas party in South Cinema created buzz throughout the day today. At the same time, Rishabh Shetty has made preparations to send his film Kantara to the Oscars.

Kantara in Oscar race after RRR

Whereas, Kannada superstar Rishabh Shetty’s film Kantara An interesting piece of information came to light. Filmmaker-director Rishabh Shetty himself has informed about this. According to a report in Pinkvilla, film star Rishabh Shetty confirmed that he has prepared nominations for his film Kantara for Oscars 2023. He said, ‘We have submitted our application for the Oscars for Kantara and we are hopeful as the final nominations are yet to come.’ Also Read – Shahrukh Khan commented on these South stars in #AskSRK session, told Ram Charan ‘old friend’

Ajith Kumar’s film Thunivu to release in Telugu as well

Here, producer Boney Kapoor is now preparing to release Telugu film star Rishabh Shetty’s film Thunivu in Telugu language as well. The film will be released in Telugu as Thegimpu.

A video of Bahubali film star Anushka Shetty went viral on social media today. Where the actress was seen participating in the worship of Bhutakola in Mangalore. This video created a lot of buzz on the internet.

Nayantara spoke on the change of women after marriage

Tamil cinema’s Lady Superstar Nayanthara is promoting her film Connect fiercely these days. During this, actress Nayantara talked a lot about her marriage, twins and work. The actress said about marriage in an interview, ‘Why are there so many restrictions on women? I think this is wrong. Why can’t women work after marriage? The men go to office the next day after the wedding. Marriage is not an endpoint. It makes you complete and settled in life. When you feel that way, you want to achieve more. All the women I met. I have seen this mentality in them. Nothing has changed for me. It is a beautiful beginning of a new phase of life. My life is better because of my support system. I can achieve more.