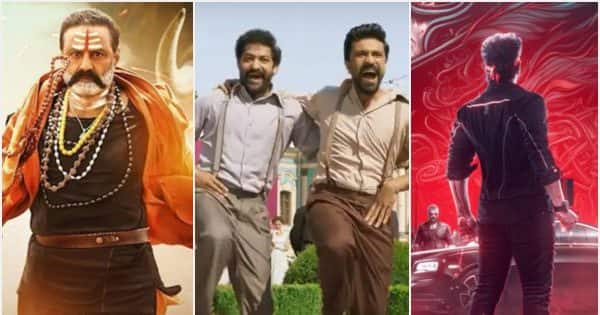 Top 5 South Gossips Today: On 20 January 2023, many news dominated the social media. The Dhansu announcement of South Superstar Thalapati Vijay’s 67th film is going to happen on this day. While Ram Charan’s mother-in-law rocked the internet with her bang dance on the song Natu Natu. Read here 5 big news of South Cinema that went viral.

Top 5 South Gossips Today: In the world of South Cinema, many news dominated the social media throughout the day. Today it was reported that the 67th film of South Superstar Thalapathy Vijay is going to be announced on this special day. Whereas, the mother-in-law of superstar Ram Charan created panic by dancing on Naatu Naatu. Whereas, Manoj Manchu’s Pan India film has been announced. Not only this, the Hindi version of Nandamuri Balakrishna’s film Akhanda was released today. Read here 5 big news of South Cinema. Also Read – Priyanka Chopra reached the screening of RRR with SS Rajamouli, praised the star cast

Thalapathy Vijay’s 67th film will be announced on this day

got the news that Thalapathy Vijay The makers of the 67th film are about to make a big announcement. According to a news from Pinkvilla, the producer-director of Thalapathy Vijay’s film is going to be announced on January 26. Not only this, it is reported that Bollywood superstar Sanjay Dutt will also be seen in this film. Also Read – Critics Choice Awards 2023: RRR again hit the screens abroad, became Best Foreign Language Film

Nandamuri Balakrishna to release in Hindi

Tollywood senior star Nandamuri Balakrishna’s film Akhanda The Hindi version of has reached the theaters today. There are reports that the audience will be able to watch this film in Hindi theaters for tickets of just Rs.100. Also Read – RRR Controversy: SS Rajamouli’s statement got Devoleena Bhattacharjee’s support, the actress said, ‘Wrong in this..’

Not only this, Tollywood star Manoj Manchu is also preparing to come up with a Pan India level film. The name of his film is What the Fish. The makers of this film have made a tremendous announcement.

superstar ram charan movie RRR Now his mother-in-law has impressed everyone with a bang dance on the blockbuster song Natu-Natu. This video of film star’s mother’s dance went viral on social media. Which his wife shared and caught everyone’s attention.

If reports are to be believed, a tremendous craze has started for actress Rashmika Mandanna’s next Telugu film. As per reports, the actress will next sign a Telugu film with director Venky Kudumulla. However, there is no official confirmation of these reports yet.