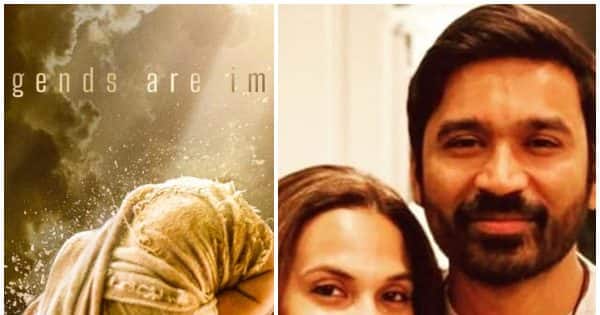 Top 5 South Gossips Today: On the day of October 11, 2022, many news of South Cinema created panic on social media. Today, where his first poster from Amitabh Bachchan’s film project came out, his father’s statement about Dhanush’s divorce and the news of the entry of a leading actress in Pushpa 2 created a lot of buzz. Read here today 5 big news of South cinema went viral throughout the day.

Top 5 South Gossips Today: There were many news in the South cinematic world today. These news created a lot of stir in Telugu, Tamil cinema. South film actress Samantha Ruth Prabhu finally made a comeback on social media. Also, he surprised the fans by sharing a cryptic note. At the same time, Rashmika Mandanna and Vijay Deverakonda finally returned to Mumbai from their Maldives vacation trip. Whereas apart from this, these 5 big news of South Cinema created panic in the internet world. Read here today 5 big news of South cinema went viral throughout the day.

Amitabh Bachchan, the megastar of the century, celebrated his 80th birthday today. On this special occasion, a new poster from his upcoming film project starring Superstar Prabhas and Deepika Padukone was released. It was written on this poster, ‘Legends are immortal.’

At the same time, Tamil superstar Bow K’s father made headlines throughout the day by giving a statement today on the news of the patchup. In an interview, Dhanush’s father director Kasturi Raja was questioned about the news of his son Dhanush and Aishwarya Rajinikanth reuniting. To which he replied that he wants his children to be happy. After this, the news of Dhanush and Aishwarya’s patchup again sparked discussion.

Yeh Haseena to do item dance in Pushpa 2

Salman Khan starrer Chiranjeevi’s film Godfather is earning handsomely at the box office. There are reports that due to this, Ram Charan, son of Chiranjeevi himself has made up his mind to give an expensive gift to Bhaijaan. It is heard that Ram Charan is planning to gift an expensive car to superstar Salman Khan. Let us tell you that Salman Khan did not charge a single penny for his cameo in Godfather.