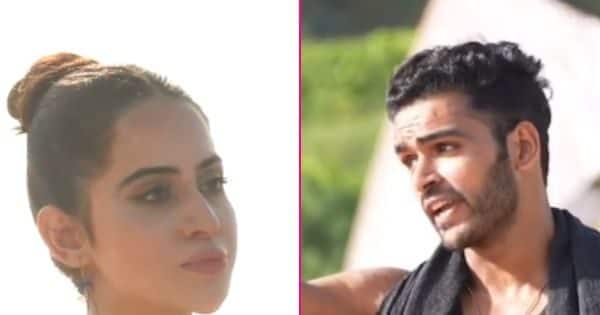 Urfi Javed In Splitsvilla 14: A video of Splitsvilla 14 is going viral on social media, in which boys were seen fighting with each other after Urfi Javed’s entry. The fight was not limited to mere words, but there was fierce scuffle between them.

MTV splitsvilla In the promo video of 14 (Splitsvilla 14), it was shown that Urfi (Urfi Javed) performs the task with her connection on the beach, although she is not able to perform the task properly. In the midst of this task, he gets into a fight with co-contestant Kashish Thakur. Where Kashish Thakur scolds Urfi and tells her to choose her words properly, to which Urfi Javed replies, “Don’t shout at me, I have not come here to listen to anything.” The quarrel does not end here. Urfi Javed’s Karam Mail contestants clash with each other and their words lead to a scuffle. Also Read – These stars were targeted by trolls this week, Aamir Khan was targeted for this reason

Also Read – This contestant of Splitsvilla 14 failed Urfi Javed in the matter of hotness, eyes will be open after seeing the pictures

Fans gave u reaction on the promo of MTV Splitsvilla 14

Urfi Javed Social media users are also commenting a lot about the video of MTV Splitsvilla 14 related to (Urfi Javed). After watching the video, some users even demanded to throw Urfi Javed out of the show. A user taunted Urfi Javed and wrote, “Urfi ko khelna nahi aata hai, bas baat karni aata hai.” While another user wrote, “Why have you brought Urfi Javed to the show. There was a lack of content, so someone else had to be brought to the show.”