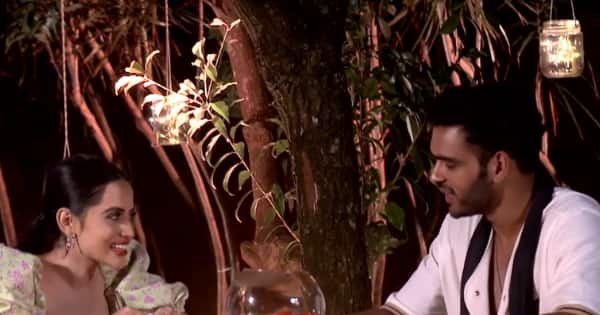 Splitsvilla 14 Urfi Javed Love: Sunny Leone’s TV show Splitsvilla is in the news these days. Ever since the entry of Urfi Javed in this, something new is being seen every time.

Urfi Javed fell in love with this contestant

MTV’s show Splitsvilla 14 has been in the news a lot these days. Bollywood actress Sunny Leone and TV actor Arjun Bijlani are hosting this show. But splitsvilla 14 came into limelight when Urfi Javed Entered the show. Urfi Javed created mutiny as soon as he arrived. Now a new update related to Urfi Javed is coming out. If reports are to be believed, Urfi Javed has fallen in love with a contestant in the show. Whose name is Kashish Thakur. In this show, Urfi Javed is making all efforts to pacify Kashish Thakur. Urfi Javed said that I have spoken, now it is your turn. Not only this, Urfi Javed also told Kashish Thakur that she would convince his mother as well. Urfi Javed’s fans are looking very happy after this news came to the fore. For information, let us tell you that Urfi Javed has been the girlfriend of TV actor Paras Kalnawat. Now both have broken up. Also Read – This contestant of Splitsvilla 14 failed Urfi Javed in the matter of hotness, eyes will be open after seeing the pictures

Who is Kashish Thakur

Kashish Thakur is a well known name. He has been the winner of the TV show Roadies Extreme. Now it has to be seen whether he will make his connection with Urfi Javed or not. What is your opinion about this, do tell us by commenting. Also Read – Splitsvilla 14: Urfi Javed got angry on being called ‘dwarf’, the actress abused Sunny Leone in the show!!