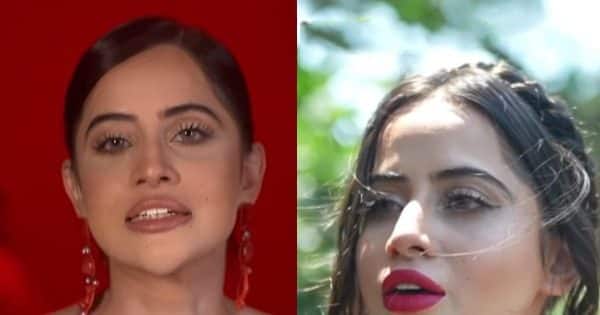 Urfi Javed in Splitsvilla 14: A promo video of Splitsvilla 14 has surfaced, in which Urfi Javed is seen praising herself. Bigg Boss OTT fame Urfi has described herself as a bomb in this clip.

Splitsvilla 14 Promo: After rocking Bigg Boss OTT, Urfi Javed is now creating waves in ‘Splitsvilla’ 14. Recently a promo of this show was revealed, in which Urfi Javed is seen giving classes to the rest of the female contestants. In that video, Urfi was first trolling Sakshi Dwivedi fiercely. At the same time, a new promo of the show ‘Splitsvilla’ 14, hosted by Sunny Leone and Arjun Bijlani, has come out, which is becoming increasingly viral on social media. Urfi Javed is seen introducing herself in the clip.

Actually, MTV has uploaded a new promo of ‘Splitsvilla 14’ on its Instagram account, in which Urfi Javed is showing Tashan. In the clip, calling herself a firecracker, Urfi says, ‘Aap log ko nahi bhi ho ho hoga nahi lekin main aa gaye Splitsvilla 14 .. main kya patakha lakar aayi hoon main toh khud ek bomb hoon. I do not know when and where I can explode. Seeing this promo of Splitsvilla, the buzz of the fans has gone high. After watching this clip, the fans are eagerly waiting for its upcoming episode.

Ruckus in the very first episode

The very first episode of ‘Splitsvilla 14’ saw a blast. This time the girls and boys have been kept separate in the show. Which was seen for the first time in this show. Apart from this, a lot of controversy was also seen in the very first episode of the show. Actually, Arjun Bijlani had told the boys that if they want to meet the girls, then all of them will have to do a task, in which all the boys will have to impress Sunny Leone. During this, many contestants clashed with each other. After watching the first episode of the show, now the fans are excited about its upcoming episode.