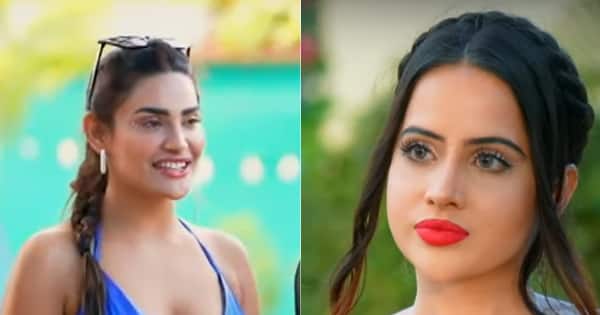 Urfi Javed in Splitsvilla 14: Urfi Javed has become a wild card entry in Sunny Leone and Arjun Bijlani’s show ‘Splitsvilla’ season 14. After which the show has once again come into the limelight.

Urfi Javed in Splitsvilla 14: Bollywood actress Sunny Leone has been in the limelight for her show Splitsvilla 14. The show has made its place among the people from the very first episode itself. Sunny Leone recently reached Bigg Boss 16 for the promotion of her show. Meanwhile, now a new update related to the show has come out from Sunny Leone. Urfi Javed has now entered the show. Who has surprised everyone. Urfi Javed has created a buzz as soon as he enters the show. So let’s know what did Urfi Javed do in the show, about which there is so much discussion. Also Read – Chetan Bhagat reacted on Urfi Javed’s outfit, said- ‘His photo after entering the youth bed…’

Urfi Javed created ruckus as soon as he arrived

sunny leone And Arjun Bijlani’s show ‘Splitsvilla’ season 14 is in the news these days. The contestants of this show are rocking. Controversy was seen in the very first episode of this show. Now the wild card entry of actress Urfi Javed, who was in discussion about her dress in this show. Urfi Javed All the contestants are looking surprised by the wild card entry. Urfi Javed created a buzz as soon as he entered the show. Urfi has started abusing as soon as he enters the show. A video related to this has surfaced, in which Urfi Javed is seen fighting. Meanwhile, Urfi Javed was called a contestant dwarf. After this Urfi Javed even abused in the show Also Read – Bigg Boss 16: Urfi Javed told this contestant the winner of Salman Khan’s show!! Know the name?

Urfi Javed to be single to mingle?

Urfi Javed is going to choose a partner for Sunny Leone’s show ‘Splitsvilla’ season 14. It is also believed that Urfi Javed has come to the show single to mingle. But till now there is no concrete information regarding this. What is your opinion about Urfi Javed’s entry in ‘Splitsvilla’ season 14, do tell us by commenting. Also Read – Rashmi Desai trolled for wearing a tight high slit dress, people compared her to Urfi Javed after seeing the photos