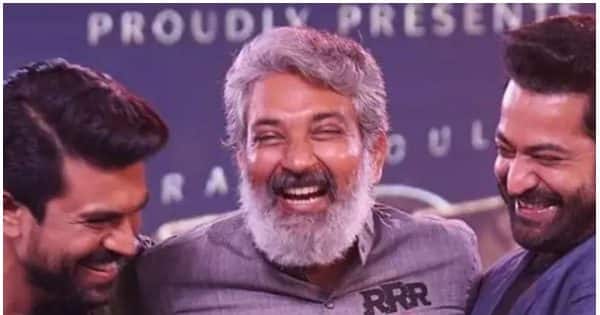 Actress Alia Bhatt Director SS Rajamouli Reacting to this great success, he had first posted on Twitter. After this, film stars Junior NTR and Ram Charan have also sent congratulatory messages to director SS Rajamouli. RRR Star Junior NTR commented and wrote, ‘Congratulations SS Rajamouli… This is just the beginning of your worldwide glory. This is the time to explain to the whole world what I know about you. See tweets here. Also Read – SS Rajamouli’s film RRR 2 script completed, KV Vijayendra Prasad gave a big update

Congratulations Jakkana @ssrajamouli, This is just the beginning of your journey to worldwide glory. It’s time for the world to know what I knew about you all along. https://t.co/QhHtncQHYw

RRR rang across the world

The interesting thing is that there were many Hollywood films in competition with RRR in this New York award. After beating them, director SS Rajamouli was awarded the Best Director for his film RRR. SS Rajamouli’s film RRR was successful in looting the limelight due to its powerful story, heart touching emotional scenes, tremendous action. Film director Rajamouli left behind many Hollywood directors like Steven Spielberg, Daron Aronofsky, Sarah Polley in this list. In such a situation, this time is a very proud moment for the Indian film industry. Also Read – Ajay Devgan’s ‘Drishyam 2’ proved to be a failure in front of KGF 2, leaving behind Bhool Bhulaiyaa 2 and made it to the top 10