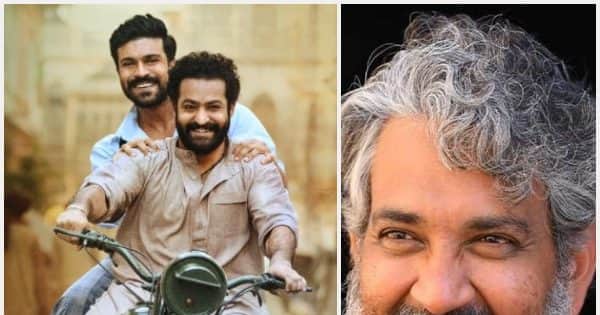 SS Rajamouli spends 50 crore rupees to gain Oscars for RRR: SS Rajamouli’s previous release film RRR, which won the title of the country’s number 1 director, made a name for itself not only in the country but also abroad. These days the film is creating a ruckus at the Japanese box office as well. The film has been received well by the audience across the globe. Not only this, many Hollywood stars have also praised Ram Charan and Junior NTR starrer director SS Rajamouli’s film RRR. Now an interesting information related to film director SS Rajamouli has come to the fore. If media reports are to be believed, film star SS Rajamouli is trying hard to get his film RRR an Oscar. For which the film director is planning to spend around Rs 50 crore. Also Read – Today Entertainment News: ‘KGF’ fame Krishna Ji Rao passes away, Urfi Javed again wore an orange dress

According to a report in Telugu 360.com, film director SS Rajamouli’s film RRR may not have made it to the nominations. But the film director is trying his best that this film should be awarded with the Oscar Award. For this, the film is trying its best to impress the industry professionals associated with the Oscars, which is the Academy of Motion Pictures Arts and Sciences. Some films in Oscars are selected through voting and director SS Rajamouli has made a new plan for this. He is promoting his film fiercely all over the world. He is trying to make space for his film in every event.

Even the film director has organized special screening of RRR at many places for the professionals who are voting for it. These are about 10,000 people. For whom Rajamouli has spent a huge amount for special screening. According to the report, director Rajamouli has spent around Rs 50 crore for this. The voting group consists of professionals from a range of technologies who vote for the Oscar Awards. Rajamouli hopes that his multi-starrer film RRR will definitely win the award in one category or the other in this Oscars award to be held next year. It will be interesting to see if Rajamouli’s efforts pay off. Also Read – Vicky Kaushal lost in the beauty of Katrina Kaif, many pictures of his wife taken in the mountains before the anniversary