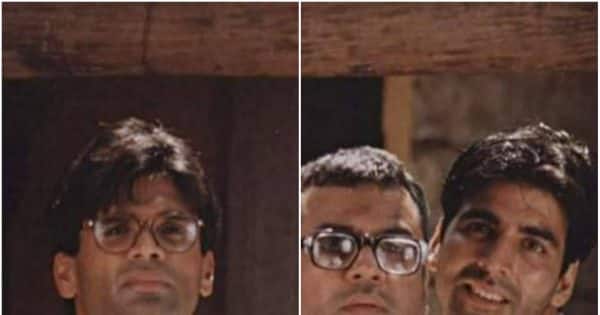 Akshay Kumar In Hera Phera 3: Actor Sunil Shetty has broken his silence on the return of Akshay Kumar in ‘Hera Pheri 3’. During an interview, Sunil said that the trio of Babu Bhaiya and Shyam would be incomplete without Raju.

Hera Pheri 3: Bollywood actor Akshay Kumar is in limelight these days for the third part of his superhit film ‘Hera Pheri’ franchise i.e. ‘Hera Pheri 3’. During a recent interview, Akshay Kumar had disclosed that he did not like the script of the film, due to which Akshay had rejected the film. However, now the reaction of actor Sunil Shetty has come on this statement of Akshay Kumar. Recently during an interview, Sunil Shetty said that he will talk to the makers if there is any way Akshay can come back in the film. Also Read – Akshay Kumar’s attitude loosened as soon as ‘Hera Pheri 3’ went out of hand! Said- I have to reduce the fees

In an interview given to Midday Sunil Shetty (Suniel Shetty) said, “Everything was going well, but I don’t know what happened all of a sudden. Akshay is no more a part of the film. Once I finish the promotion of Dharavi Bank. Then I will contact Feroze (producer of the film).” I will sit with him and understand what happened. Akshay, me and Paresh had agreed to do this film, but this sudden twist surprised me.” Read also: Akshay will be seen in Jaswant Singh Gill’s biopic, ‘Khiladi Kumar’ will rescue in coal mine Also Read – Hera Pheri 3: Karthik Aryan gave a big blow after another film of Akshay Kumar, ‘Bhool Bhulaiyaa’

Not only this, Sunil Shetty also said that without Akshay Kumar ‘Hera Pheri 3’ Don’t be like that. Raju, Babu Bhaiya and Shyam are iconic actors whose journey has been together. Suniel Shetty further added, “When someone announces a film, we all get excited. I want to see if things can still work out.” Also Read – Producer Firoz Nadiadwala reveals the starcast of ‘Hera Pheri 3’, these 3 actors will be seen

Let us tell you that earlier reports claimed that actor Karthik Aryan will be a part of ‘Hera Pheri 3’. This was confirmed by actor Paresh Rawal himself. However, in the film, Karthik will not play the character of Akshay Kumar, but will be seen playing another character.