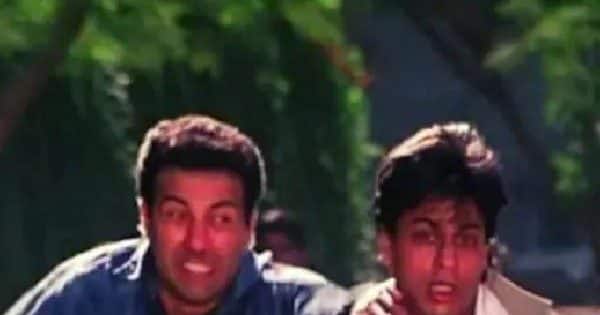 Sunny Deol 65th Birthday: Sunny Deol is celebrating his 65th birthday today. Know on this occasion when Sunny had torn her pants in anger during the shooting of the film ‘Darr’.

Sunny Deol Birthday: Bollywood actor Sunny Deol is celebrating his 65th birthday today. On this occasion, along with the fans, celebrities are also congratulating him a lot. Sunny Deol has worked in many superhit films in his career, although he got into controversies many times in his film journey. Sunny Deol also had a big fight with director Yash Chopra during the 1993 film ‘Darr Film’. During this, Sunny had vowed never to do a film with Shah Rukh Khan and Yash.

In fact, during an interview, Sunny Deol accused Yash Chopra and said that I was not told that the villain’s character would be glorified in the film ‘Darr’. But in this film, Shahrukh’s character was presented in a great way, I was surprised to see such an ending of the film because I was told a lie. After this Sunny Deol vowed never to work with Yash Chopra.

There is a famous anecdote about ‘Darr’ that during the shooting of this film, Shahrukh Khan was asked to stab Sunny Deol in a scene. However, before the shooting of the scene, there was a fierce debate between Sunny Deol and Yash Chopra. During this, Sunny Deol told Yash that he is playing the role of a commando, so how would a common boy come and stab him. However, Sunny Deol’s words had no effect on Yash and he told Yash that the scene would have to be shot.

During the shooting of this scene with Shah Rukh Khan, Sunny Deol got so angry that he tore both the pockets of his pants. At the same time, Sunny Deol had also accused Yash Chopra of cheating.