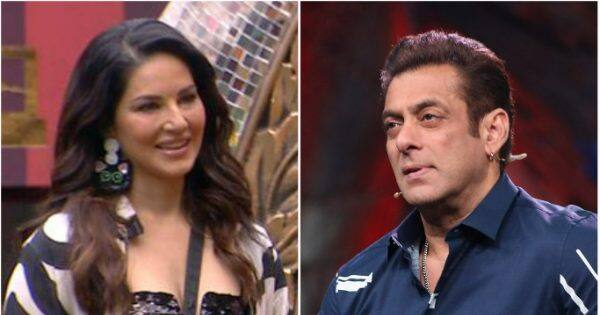 Sunny Leone in Salman Khan’s Dabangg 4: Day 42 was very special for the contestants of the Bigg Boss 16 house. Not only did the family members have fun tonight but they also got a good clue to move ahead in the game. Actually, Sunny Leone and Arjun Bijlani had come to promote their new show on the show today. During this, both of them talked to all the members of the house one by one and also had fun-filled moments with them. Not only this, both of them tried to spread the truth from the contestants by playing some games. During this, Sunny Leone also opened the pole of MC Stan in the packed gathering and after that Gori Nagori was cleared to a great extent all the things that were being done behind her back. After meeting the family members, Sunny and Arjun directly went to Salman Khan and there was a discussion about Dabangg 4.

Will Sunny Leone sing in Dabangg 4?

Bigg Boss 16 Arjun Bijlani and Sunny Leone, who came out of Salman Khan’s house, made a big dent. During this, Arjun Bijlani read some letters of fans in front of Salman Khan. In the first letter, the fan had asked Salman Khan whether he would cast Sunny Leone in Dabangg 4? Along with this, a request was also made in the letter that Salman Khan dance with Sunny Leone on the song Munni Badnaam on National TV. Salman Khan danced with Sunny Leone and now it is being discussed everywhere whether Sunny is really going to be seen in Dabangg 4? (Also read- Bigg Boss 16: Gauahar Khan, furious after seeing Shiv Thackeray’s misbehavior, made 4 tweets in support of Archana Gautam)

Contestants clashed in front of Sunny

Sunny Leone gave the contestants to play some games inside the house. During this, some people were seen arguing among themselves. Also in the latest episode of Bigg Boss 16, Abdu Rojic was also seen apologizing to Nimrit Ahluwalia. Learn by clicking on the link After all, what did Abdu Rojic do? With this, everyone is now desperate to know who will go out of Bigg Boss 16 this week?