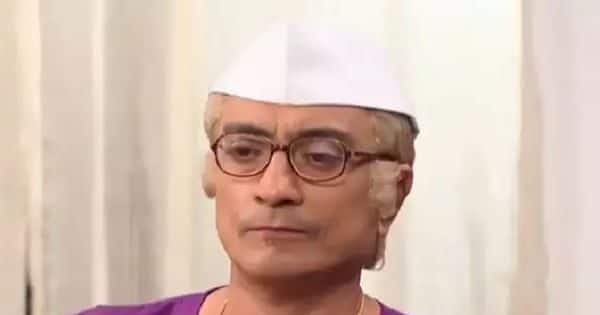 ‘Taarak Mehta Ka Ooltah Chashma’ (Taarak Mehta Ka Ooltah Chashmah) But there was an accident with Champak Chacha i.e. Amit Bhatt. If reports in the entertainment circle are to be believed then in one of the scenes of the show, Champak Chacha had to run away. But during the shooting, Champak Chacha i.e. Amit Bhatt lost his balance while running, due to which he fell down. Because of this the actor was badly injured. And when the doctor advised bed rest to Amit Bhatt after treatment. The makers themselves also advised Amit Bhatt not to shoot for a few days. Also Read – Today TV News 15 November 2022: Ankit Gupta’s kissing photo went viral, Simran Buddhrup copied Kiara Advani

It is being told that due to his injury, Champak Chacha i.e. Amit Bhatt has also stopped shooting. On the other hand, the fans are constantly praying for his speedy recovery and are missing him a lot on the show. Also Read – These 9 TV actresses used to look like this in their debut show, you will be shocked to see the photos

These stars have also been injured on the set

Let us tell you that this is not the first time that an artist has got hurt on the sets of a shoot. Earlier System Rathore, Nia SharmaMany stars like , Karan Wahi and Pavitra Punia have also got injured on the sets during the shoot. A few days ago, Rubina Dilaik was also injured during practice. The actress had a neck injury.