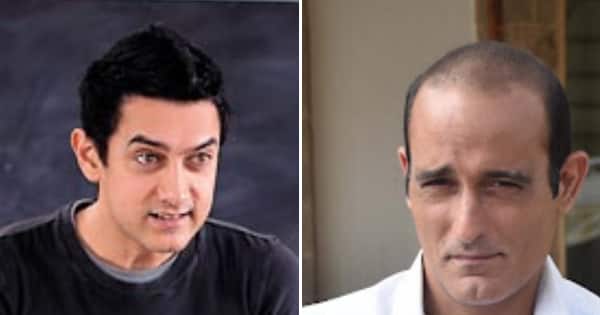 Akshaye khanna on Taare Zameen Par: ‘Drishyam 2’ fame star Akshaye Khanna has made such a disclosure about Aamir Khan’s film ‘Taare Zameen Par’, which has surprised everyone.

Aamir Khan’s films dominate the box office as soon as they come. The recently released Laal Singh Chaddha may not have been able to do much wonders, but Aamir Khan has made a different identity with films like PK, Rang De Basanti and Dangal released before that. Taare Zameen Par is also included in the list of Aamir Khan’s hit films. But do you know the place of Aamir Khan in this film? Akshaye Khanna were about to appear. Recently, Akshaye Khanna has made a big disclosure about this in an interview given to Mid Day. He told, ‘The film makers wanted to cast him in this movie. Regarding this, asked Aamir Khan to introduce me to him. After this Aamir Khan asked to narrate the script. Aamir Khan liked the script so much that he decided to do the film himself. But even after all this, there was no estrangement between Aamir and Akshaye Khanna.

Akshaye Khanna is going to be seen in this film

Akshaye Khanna after a long time Entertainment Bollywood star Ajay Devgan is going to step into the world with ‘Drishyam 2’. Apart from these two, Tabu, Shreya Saran, Mrinal Jadhav and Ishita Dutta are also in important roles in the film. This film is going to release on the big screen on November 18 this year.