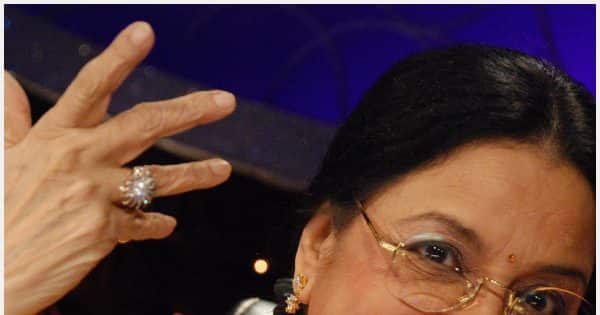 Tabassum Govil dies at the age of 78 years: Famous TV star and well-known host Tabassum Govil who ruled the television world for decades and made fans go crazy with her unique voice and vivaciousness. No longer with us. The actress has passed away at the age of 78. Tabassum was a big star of the 80’s and 90’s. The actress ruled the hearts of fans with her TV shows and chat shows. There is a wave of mourning in the world of TV industry due to the sudden death of Tabusam Govil. The actress died due to heart attack.

Giving information about the death of the actress, photojournalist Viral Bhayani shared the post on Instagram and wrote, ‘Our favorite actress Tabassum Govil passed away last night due to cardiac arrest. She left us with some lovely memories of her beloved show Phool Khile Hai Gulshan-Gulshan. His prayer meeting will be held in Arya Samaj on 21st November. om Shanti.’ You can see this post here.

Tabassum Govil was associated with glamor world since childhood

Actress Tabassum Govil started working in the film world in her childhood. The actress worked as a child actor under the name Baby Tabassum. Later the actress became a big star of the TV industry. She became especially famous with the TV serial Phool Khile Hain Gulshan-Gulshan, which aired on Doordarshan. It was a big hit show aired on Doordarshan. This TV serial ran for about 21 years. After this, the actress also worked in the TV serial Pyaar Ke Do Naam, Ek Radha Ek Shyam, which aired on Star Plus in the year 2006. Later in the year 2009, the actress participated in the Ladies Special Show as a judge. Apart from this, the actress was also seen in films like Swarg, Chameli Ki Shaadi, Nache Mayuri and Sur Sangam.