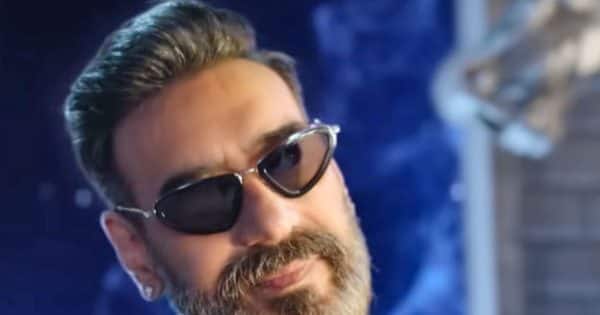 Thank God Opening Day Collection: Ajay Devgan’s film ‘Thank God’ has been released at the box office. However, on the occasion of Diwali, this film has not been able to take any special opening at the box office.

Thank God Box Office Collection Day 1: Bollywood actors Ajay Devgn, Sidharth Malhotra and Rakul Preet Singh’s comedy film ‘Thank God Collection’ has been released in theaters on October 25. However, in terms of earnings, the film could not show anything special on the opening day. According to the reports, ‘Thank God’ has not been able to earn anything special even on Diwali holidays. According to analysts, the impact of Akshay Kumar’s ‘Ram Setu’ Ajay Devgn on the film’s earnings. Significantly, Akshay Kumar’s most awaited film ‘Ram Setu’ has also been released in theaters on October 25. Also Read – Thank God Public Review: Is Siddharth’s Movie Like Akshay Kumar’s ‘Oh My God’? The movie is getting this shocking reaction from the public

According to trade analyst Taran Adarsh, Ajay Devgn, Sidharth Malhotra and Rakul Preet Singh’s film ‘Thank God’ has earned only Rs 8.10 crore on the first day. In such ‘Thank God’ The expectations of the makers have not been able to live up to the expectations in terms of earnings on the opening day as the films released on the occasion of Diwali often make big bangs. In such a situation, ‘Thank God’ has proved to be a fusky bomb on Diwali. Also Read – Thank God First Day Collection: Ajay’s ‘Thank God’ faded in front of ‘Ram Setu’, did so much collection on the first day

The story of the film ‘Thank God’, directed by Inder Kumar, revolves around Siddharth Malhotra i.e. Ayan Kapoor. Ayan Kapoor does real estate business and believes in earning more black than white earning. In the film, Rakul Preet Singh is playing the character of an honest police officer ‘Roohi’, who is also Ayaan’s wife. While the family is in trouble while playing, Ayan suddenly meets with an accident and falls into a coma. After this, Ajay Devgan’s entry in the film, who is playing the character of Chitragupta. Also Read – Before Thank God-Ram Setu, these 10 films had looted crores on Diwali, the box office was shaken