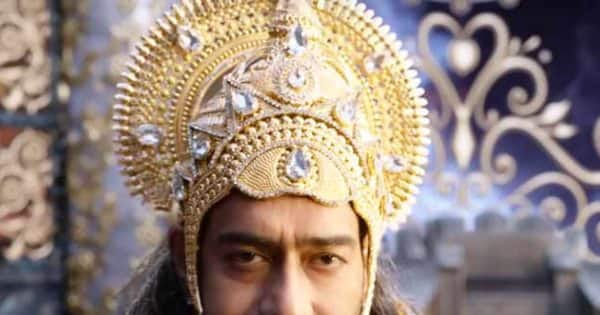 Thank God Box Office Collection: Ajay Devgan and Siddharth Malhotra’s film ‘Thank God’ has not been able to show any special performance at the box office on the third day. Know here how much the film has collected so far.

Thank God Box Office Collection Day 3: Ajay Devgn, Rakul Preet Singh and Sidharth Malhotra’s film ‘Thank God’ has proved to be a complete failure at the box office. After the third day of release, there has been a huge drop in the earnings of the film. Trade analyst Taran Adarsh ​​told through a tweet that Ajay Devgan’s film has collected only Rs 4.15 crore on the third day.

Ajay Devgan, Rakul Preet Singh and Sidharth Malhotra’s film ‘Thank God’ While the film opened with Rs 8.10 crore on the first day i.e. Tuesday, the film collected Rs 6 crore on the second day. Accordingly, the film has so far collected Rs 18.25 crore. Let us tell you that the budget of this film made under the direction of Inder Kumar is Rs 70 crores.

Collection may increase on weekends

If analysts are to be believed, Ajay Devgn and Siddharth Malhotra The weekend is going to be very important for the film ‘Thank God’. It is expected that the film’s earnings may increase on Saturday and Sunday. However, Akshay Kumar’s ‘Ram Setu’ can affect the earnings of ‘Thank God’ even on the weekend.

The story of ‘Thank God’ revolves around Siddharth Malhotra i.e. Ayan Kapoor. In the film, Siddharth is playing the character of Ayan Kapoor, who runs a real estate business. Ayan believes in earning more black than white earning. In the film, Rakul Preet Singh is playing the role of Ayan’s wife, a very honest police officer. The family’s life takes a storm when Ayaan suddenly meets with an accident and falls into a coma. After this, there is an entry in the film of Chitragupta i.e. Ajay Devgan.