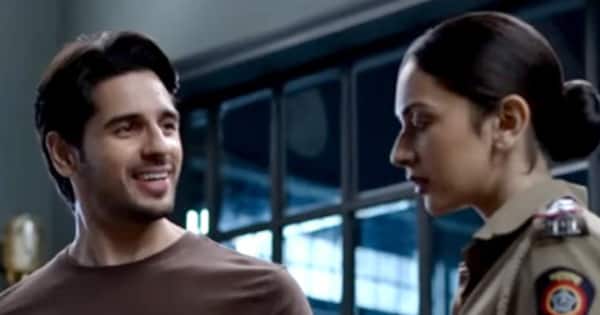 Thank God Box Office Collection Early Estimate Day 6: There has been no improvement in the earnings of Bollywood star Siddharth Malhotra in the film ‘Thank God’ even on the sixth day.

No significant improvement in earnings

bollywood star ajay devgan, Siddharth Malhotra And the release of Rakul Preet Singh’s lead role film ‘Thank God’ has completed 6 days. Meanwhile, new figures of the film’s earnings have come out. According to Pinkvilla’s report, the film can do a business of Rs 3.00 to 3.25 crores on the sixth day. For information, let us tell you that these figures are approximate. It was believed that this film can do good business on Sunday. But that doesn’t seem to be happening. Now it has to be seen how different the actual figures of the film’s earnings are from these estimated figures. But looking at the figures so far, it seems that the film is giving more attention to the people. entertainment Couldn’t do it.

Ajay Devgan’s film could not even cover the cost yet

Ajay Devgan’s film ‘Thank God’ has not been able to recover even its cost money yet. The makers spent 60 to 70 crores to make this film. For information, let us tell you that according to the report of Pinkvilla, the total estimated earnings of Ajay Devgan is Rs 26.70 crores. What do you think about Sidharth Malhotra and Rakul Preet Singh’s film, do let us know by commenting. Do you think this film will be able to do wonders at the box office in the coming week or not?