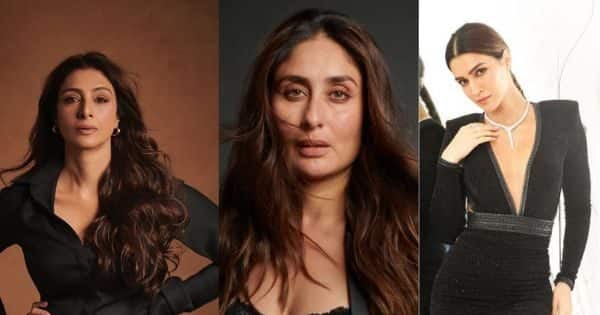 Bollywood industry actresses Tabu, Kareena Kapoor And Kriti Sanon Will soon be seen in the film. The official announcement of this film has been made. ‘The Crew’ Ekta Kapoor and Rhea Kapoor are going to make this film named. Let us inform that both these producers had earlier worked together in the film Veere Di Wedding. The starcast and producers of the film ‘The Crew’ have given this information on their social media accounts.

Kareena Kapoor said this about the film

Tabu, Kareena kapoor And Kriti Sanon Rajesh Krishnan is going to direct the film ‘The Crew’. The shooting of this film will start in February 2023. Talking to PTI, Kareena Kapoor said about the film The Crew, ‘It was a lot of fun working with Rhea Kapoor in the film Veere Di Wedding. This time she came to me with the script of this film which I really liked. The story of this film is very good and the film will be full of comedy drama. Rhea Kapoor has cast Tabu and Kriti Sanon for the film and I am very excited to work with them. This film will not be a sequel to Veere The Wedding.