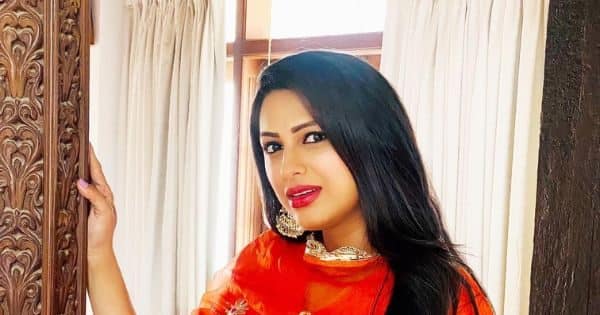 Rucha Hasbanis has become a mother for the second time and this time she has given birth to a son. Rucha Hasbanis has shared this information on Instagram. Adah Khan, Kajal Pisal and Nazim Khilji have also extended their best wishes on this special occasion.

Rucha Hasbanis (Rucha Hasabnis) shared a photo from her Instagram account, in which it was written on a board, “You are magic.” Along with this, the tiny feet of his son were also visible in the photo. In the caption of this post, Rucha Hasbanis wrote, “Roohi’s partner has arrived. And yes it is a boy.” Stars like Ada Khan, Kajal Pisal, Nazim Khilji commented and congratulated her on this post. Adah Khan wrote in the comment, “Wow congratulations.” So while wishing the actress Kajal Pisal wrote, “Many congratulations, God bless you a lot.”

Rucha Hasbanis tied the knot in 2015

Rucha Hasabnis was seen only in ‘Saath Nibhana Saathiya’ in her career, but through this show she became famous as Raashi in every household. But the actress said goodbye to the show midway and married Rahul Jagdale in 2015 according to Marathi customs. The actress became a mother for the first time in the year 2019 and at that time a little angel had stepped into her house. Even though the actress is away from TV, she remains connected to the fans through social media.