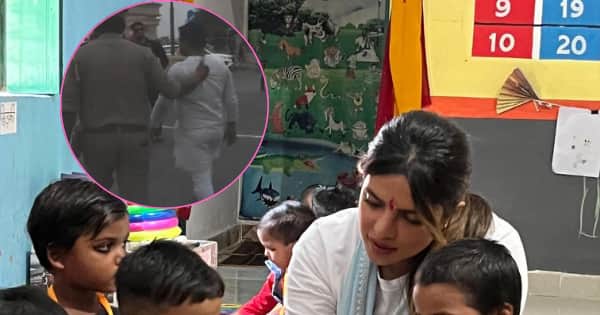 Priyanka Chopra Security Breached: Actress Priyanka Chopra has come to India after three years. Meanwhile, something happened with the actress in Lucknow, which the fans or anyone had never thought about.

Bollywood and Hollywood actress Priyanka Chopra She is very active on social media. She keeps giving updates related to her life to her fans. more recently Nick Jonas His wife Priyanka Chopra shared a video and told that she is going to Lucknow. After which she reached Lucknow and also visited the Anganwadi center located in Lalpur, Nigohan. During this, something happened that no one had thought of. A young man did such a thing that the police had to come in between. During which Priyanka Chopra was visiting the Anganwadi center, at the same time a young man reached the actress after climbing the wall. But in time the police caught him and took him with him.

Apart from films, Priyanka Chopra is also known for her social service. She also keeps sharing many videos related to this on her Instagram. For information, let us tell you that Priyanka Chopra was appointed as the ‘Global UNICEF Goodwill Ambassador’ in the year 2016. After which she came in a lot of discussion. What is your opinion about this breach in Priyanka Chopra’s security, do let us know by commenting.