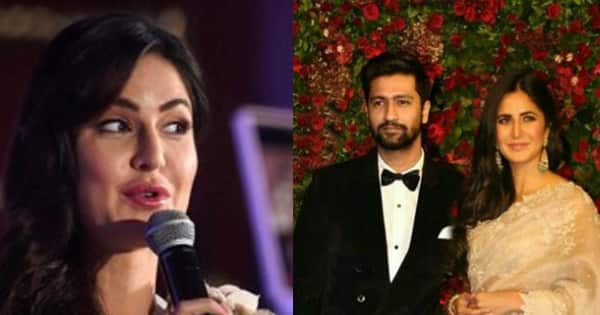 Katrina Kaif-Vicky Kaushal Wedding: Phone Bhoot actress Katrina Kaif has told such a news related to her in The Kapil Sharma Show, which has surprised the fans.

bollywood actress Katrina Kaif and actors Vicky Kaushal When the marriage took place, there was a lot of discussion about it. Because a lot of memes went viral on social media regarding the security arrangements made in the marriage of these two. Meanwhile, now Katrina Kaif has told an anecdote related to her marriage, after knowing which the fans have been surprised. Katrina Kaif had recently reached Kapil Sharma’s show. During this, he told an anecdote about the shoe stole ritual. He told that there was a fight between Vicky Dost and my sisters for stealing shoes. Both were snatching shoes from each other. After this Archana Puran Singh asked who won, then Katrina said I do not know.

Bollywood actress Katrina Kaif had reached Kapil Sharma’s show to promote her film Phone Bhoot. For information, let us tell you that apart from her in this film of Katrina Kaif, Ishaan Khattar and Siddhant Chaturvedi are also seen in important roles.