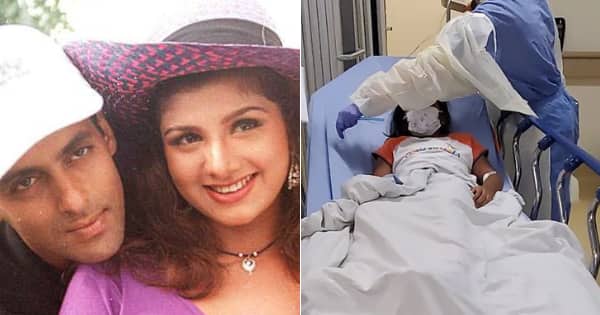 Rambha Car Accident News: A bad news related to Bollywood’s famous actress Rambha is coming out. The car of the actress seen in Salman Khan films has had a major accident. After which the daughter of the actress has been admitted to the hospital.

Rambha Car Accident NewsA bad news related to Bollywood’s famous actress Rambha is coming out. Recently, the actress’s car has had an accident. Since then his fans are looking very upset. For information, let us tell you that her daughter and nanny were present in the actress’s car. During this accident, the daughter of the actress has been hurt, due to which Rabha’s daughter has been admitted to the hospital. The actress has given information about this accident to the fans through her Instagram handle. The fans of the actress are looking sad after this news came to the fore.

This is how Rambha’s car accident happened

Rambha, one of Bollywood’s famous actresses, recently shared a post on Instagram and informed the fans about an accident in which her daughter has suffered a lot. The actress has shared some pictures on Instagram. In these pictures, his daughter is seen in the hospital. Apart from this, the actress has also shared pictures of her car, which has been completely damaged. While sharing these pictures, the actress has also informed the fans about the accident. He told that a car hit our car, due to which this accident happened. During this, children and nanny were present in the car with me. We are all safe. The fans of the actress are looking very sad after this news came to the fore. People are commenting a lot on this post of the actress.

Rambha has been seen in these films

bollywood actress Rambha has Salman Khan And has worked in films with many stars including Govinda. The actress has appeared in films like Judwaa, ‘Gharwali Baharwali’, ‘Kyunki Main Jhooth Nahi Bolta’.