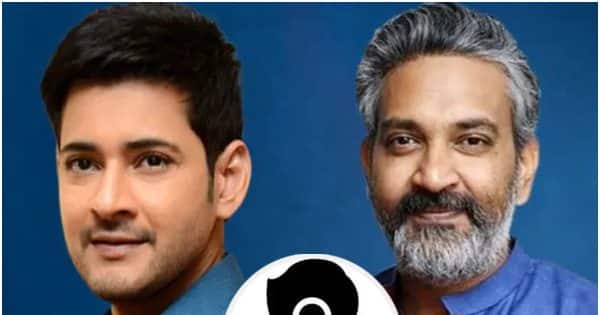 Mahesh Babu-SS Rajamouli film to star this Kollywood Hero: The buzz has started about the film of Telugu superstar Mahesh Babu and director SS Rajamouli. It is reported that the entry of a handsome Tamil superstar is going to happen in this film.

Mahesh Babu-SS Rajamouli film to star this Kollywood Hero: The buzz has started about the untitled film of Telugu superstar Mahesh Babu and director SS Rajamouli. There is huge enthusiasm among the audience about this film. The film was announced by director SS Rajamouli a long time back. However, since then nothing has been officially revealed yet. But interesting information is continuously coming out from the film corridors about the film. Recently, a lot of reports came out about the female lead casting of the film. Now the latest news is that in an attempt to make the film pan India level, director SS Rajamouli is eyeing a Tamil superstar for the lead role. If the media reports turn out to be correct, then soon this handsome star may enter the film.

entertainment news(Entertainment News) According to reports, Ponniyin Selvan star Karthi has been approached by director SS Rajamouli for his film. It is heard that actor Karthi can be seen playing an important role in this film. The latest information on what this character will be is not yet revealed. These days Tamil star Karthi is enjoying the success of his recently released film Ponniyin Selvan. After this film, she is busy promoting her next film Sardar. In such a situation, it will be interesting to see that Kaithi star Karthi Mahesh Babu And what does the director decide for SS Rajamouli’s film.

Deepika Padukone will be the heroine of Mahesh Babu

There were a lot of reports in the past that Mahesh Babu will star in director SS Rajamouli’s film. Deepika Padukone are about to be seen. It was discussed that Deepika Padukone in the film is at the forefront of the ongoing race for Mahesh Babu’s film. Earlier, there were a lot of discussions about Alia Bhatt’s entry in the film. It will be interesting to see which actress finally the makers put their final seal on.