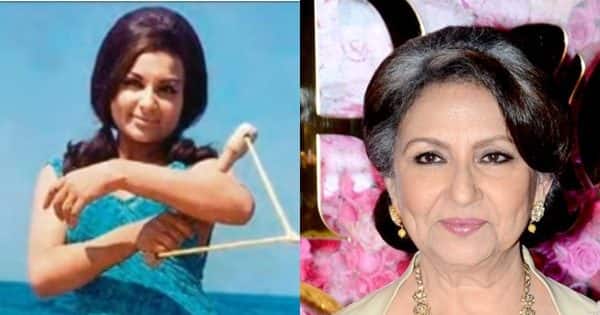 Bollywood Throwback: Sharmila Tagore is a beautiful actress of Hindi cinema, who has given many hit films. But Sharmila Tagore got a photoshoot done wearing a bikini in the 60s, on which there was a lot of ruckus. This dispute had reached the Parliament.

Bollywood Throwback: beautiful actress of bollywood Deepika Padukone (Deepika Padukone) is on the target of people these days. Deepika will be seen in the film ‘Pathan’ opposite Shahrukh Khan and in the song ‘Besharam Rang’, the actress wore an orange bikini, which created a controversy. However, this is not the first time when an actress is in controversy for wearing a bikini. veteran actress of the industry Sharmila Tagore (Sharmila Tagore) Because of wearing bikini in her time, people came under target. Not only this, this controversy of Sharmila Tagore had increased so much that its echo was heard even in the Parliament. Today in Bollywood Throwback, we tell you about this controversy of Sharmila Tagore, which the actress tried to hide even from her mother-in-law. Also Read – Kareena Kapoor Khan showered lots of love on Sharmila Tagore’s birthday, tremendous bonding of mother-in-law and daughter-in-law seen in photos

Actually, Sharmila Tagore is the first Bollywood actress who gave bold poses in front of the camera wearing a two piece bikini. Sharmila Tagore got a photoshoot done for Filmfare magazine in the year 1966, in which the actress was seen posing in a two piece bikini. Sharmila got a lot of headlines from these pictures. But he also faced criticism. After this, Sharmila Tagore also wore a swimsuit in the film ‘Aamne Saamne’ released this year, due to which this controversy increased further. Also Read – These beauties had become mothers in Bali Umaria, one had given birth to a daughter at the age of 17

The matter had reached Parliament

Large posters of Sharmila Tagore were put up on the streets of Mumbai, due to which the bikini controversy of the actress was not taking its name to stop. People lashed out at Sharmila and this matter was raised in the Parliament as well. This was the time when Sharmila and Mansoor Ali Khan Pataudi were dating each other. For this reason, Sharmila did not let Mansoor Ali Khan Pataudi’s mother know about her bikini photoshoot and the controversy related to it.

In the midst of this controversy, Mansoor Ali Khan’s mother decided to meet Sharmila. She was ready to come to Mumbai but there were hoardings of Sharmila wearing a bikini on the streets of Mumbai, which the actress got removed in just one night. Also Read – These beauties of Bollywood are ditto copy of mother, daughters also fail in front of the beauty of some