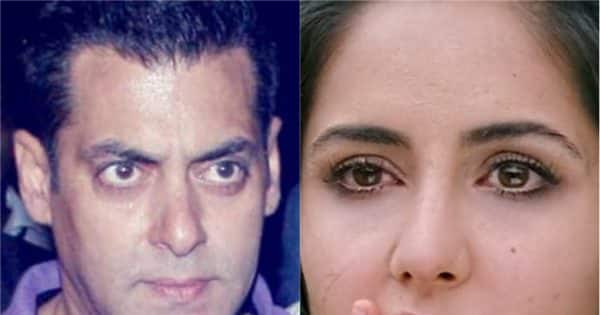 Salman Khan Slapped Katrina Kaif: Once during a relationship with Salman Khan, the actor had assaulted Katrina for wearing revealing clothes. There was a lot of ruckus in the industry regarding this incident.

Bollywood actress Katrina Kaif is quite happy in her married life with Vicky Kaushal today. But there was a time when Katrina Kaif and Salman Khan’s affair made a lot of headlines. Discussions of Salman and Katrina’s relationship were on everyone’s tongue. According to the reports, the affair of both started from the year 2005. Salman (Salman Khan) was very positive about Katrina during their relationship. Katrina’s craze had gone to the extent of Salman Khan’s head that once Dabang Khan had publicly slapped the actress.

Let us tell you that in the year 2012, during the shooting of the film ‘Ek Tha Tiger’, such an incident happened on the set that everyone was shocked. According to media reports, during the shooting of ‘Ek Tha Tiger’, Katrina Kaif reached the shoot wearing a tight outfit, in which her cleavage is clearly visible. Seeing Katrina wearing such a revealing outfit, Salman Khan got furious and slapped the actress openly.

In 2012, Cine Blitz magazine made this incident a cover story. In the report published in the magazine, it was told that during this time due to the anger of Salman Khan. Katrina Kaif It was told by Kareena Kapoor. The report read, “Salman Khan was sitting outside the set and waiting for his heroine to shoot. Just then Katrina Kaif came out of her vanity van, during which she was wearing a tight outfit, which was quite revealing. Salman Khan was furious on seeing Katrina wearing such an outfit and he questioned the actress, to which Katrina said that it is the director’s decision.

Entertainment News (Entertainment NewsAccording to reports, Katrina was assaulted by Salman Khan in anger, after which the actress went back to her vanity van and called Kareena for help. Then Kareena Kapoor came on the sets of ‘Ek Tha Tiger’ and talked to Salman.